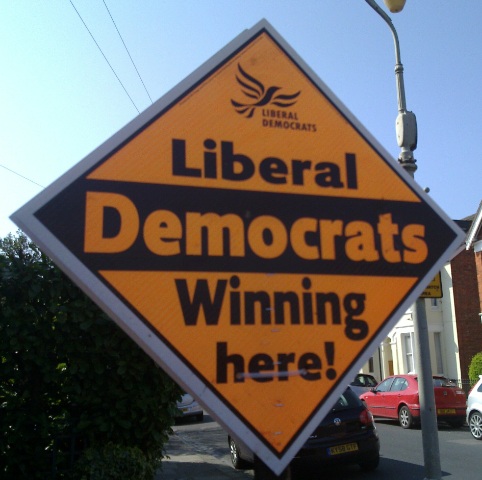 Whatâ€™s the best way to model the Lib Dem surge?

This has been an election campaign like no other, with the PM contender debates dominating coverage. While the Lib Dems have usually increased their showing in the polls over the course of a campaign, the double-digit increases are unprecedented in such a short period at such a crucial time. The problem in trying to predict the election outcome is as always how to translate votes into seats.

We have rightly been sceptical of the applicability of Uniform National Swing because of all sorts of factors – the differential swing in the marginals, tactical voting, regional variations, fragmentation and so on. These of course still apply but could it be that the nature of the 2010 election has significantly lessened their impact?

Before this year, the Lib Dems have fought intensely local campaigns, ruthlessly targeting seats they believe the could win at the expense of far less activity elsewhere. That, of course, is what any party does but the discrepancy in activity between targets and non-targets tends to become larger the smaller the party is. For the Lib Dems, however, this time itâ€™s different.

The leadership debates massively increased the profile of Nick Clegg and his party, compared to the more usual coverage during a campaign, giving an equal footing with the two traditional government-forming parties. That raised profile, boosted by the surge in the polls, fed back and generated yet more coverage.

A great many of the people seeing this reporting would not normally be getting anything like as much of the Lib Dems because they donâ€™t live in what would normally be a Lib Dem target. But far more than before, this has been a national election campaign and the local disparities in activity overshadowed by the events on TV.

I donâ€™t think it coincidental that the latest marginals poll produced a swing not that dissimilar from the national polls, well within margin of error. Even if the Tory campaigns are still doing better in the marginals, itâ€™s by less than it was pre-debates.

The issue of fragmentation still applies though again, thereâ€™s a good argument to predict less than before. The very fact that the Lib Dems have increased their share by half means that much must be coming in seats where they were weak, something that has to work against tactical voting of any type and tend back towards UNS in the round.

There will of course still be abnormal results. The pointâ€™s not to apply UNS to every constituency but as an overall guide. Even leaving aside obviously exceptional places like Brighton Pavilion, local issues always have a significant impact in some seats – but if these exceptions are essentially â€˜randomâ€™ deviations rather than systemic, theyâ€™ll come close to evening themselves out.

Finally, thereâ€™s the negative case. If we donâ€™t use UNS, or something closely resembling it, what do we use? If the polls are right, the changes in voting intention have happened in response to national political events, widely and rapidly. On a constituency level, Iâ€™d still be sceptical about the applicability of such a broad-brush approach; on a national one, it might be appropriate given the broad-brush campaign.