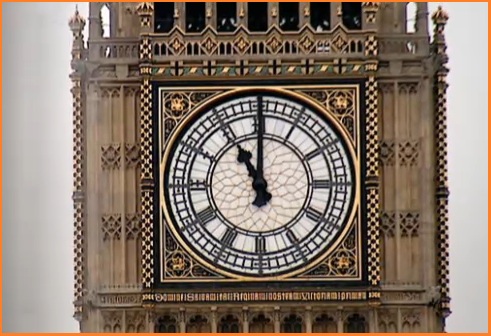 Could the widening gap be giving him second thoughts?

If indeed, as is being widely reported, Mr. Brown makes that short car journey from Downing Street to Buckingham Palace on Tuesday morning then it will be a situation almost without precedent.

For never before in modern times has a PM with a working majority had to make a decision on an election date when his party had double digit deficits in the polls.

John Major was in a worse polling position in March 1997 but by that time the Tories no longer had a majority. At the previous change of government in 1979, the general election was forced on James Callaghan because he had lost a commons confidence motion. He had no discretion on the date.

Of course Mr. Brown’s options are pretty narrow – there has to be an election by June 3rd – but he still has a choice. I have pondered here before about whether deferral to the end might seem more attractive than going into an election when the possibility of a Labour majority does not appear on the agenda.

But I can’t see it. It would be portrayed as such a cop-out and could make Labour’s situation much much worse.

So get ready for Tuesday morning.