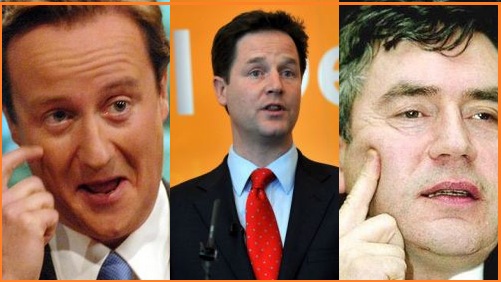 Is this one of the consequences of the focus on the leaders?

One of the strange features of British politics generally and this election build-up in particular is that almost nobody ever mentions the leader approval ratings. Unlike many other countries they are seen as not being irrelevant, the number of polls asking regular questions is declining and the findings usually go unreported.

Thus in 1992 when the pollsters voting intention numbers were horribly wrong the leader approval ratings proved to be a much better guide to the result. For with these the John Major enjoyed a substantial double digit lead over Neil Kinnock.

And won’t the decision at last to have the TV debates lead to more focus on the leaders themselves and make these regular numbers asked in a standard manner even more important?

It’s the standard manner of the approval rating question that I like and the main ones we have with a track record are from Ipsos-MORI and in the YouGov Sunday Times polls from where the findings above are taken. Angus Reid also ask a standard format approval question.

For this campaign I’m going to highlight these numbers a lot more on PB. There’s little doubt that in recent months Gordon Brown’s ratings have got better but he’s still a long way to go before he gets back to the WELL-BADLY of 41-50 that he enjoyed in the after-glow of the G20 meeting in April 2009. Then Cameron was on 56-31 so he has also slipped a fair bit.