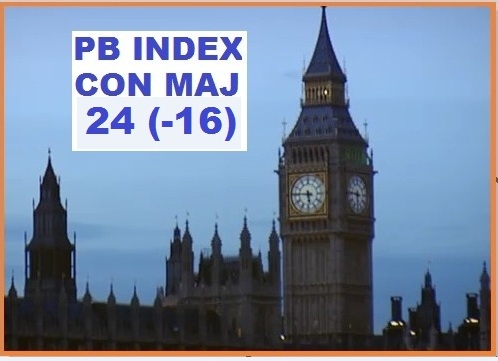 The PB index on the projected Tory majority has dropped steeply since it was last calculated a week ago. But it would have shown a bigger move upwards if I had produced a figure this morning.

For the SportingIndex market has moved upwards during the day and the Tory spread is 9 higher.

So far, it seems, punters are being very wary about the YouGov poll which had the lead down to 2 points.