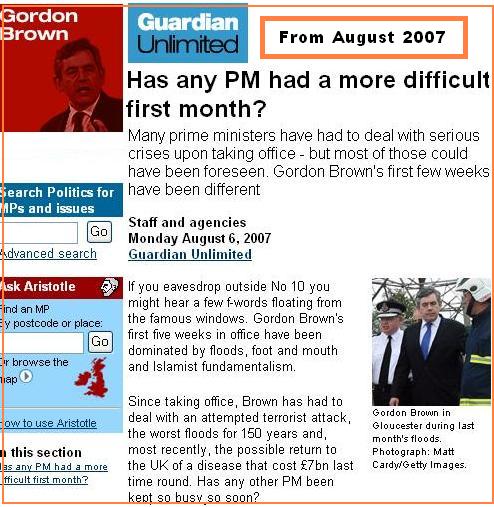 Does the Guardian make a habit of this?

Thanks to ChristinaD on the previous thread for reminding us that the Guardian has form for eulogising over a Prime Minister a few weeks after entering Number 10.

Today’s Martin Kettle column on David Cameron follows in the tradition set by the above piece from August 2007 shortly after Gordon Brown became Prime Minister.

“Has any Prime Minister had a more difficult first month?” the headline read inviting the obvious response – “Yes – Churchill in May 1940″.

Whatever trials and tribulations Mr. Brown had to deal with three years ago they were nothing on the scale of the fall of France and the Dunkirk evacuation.

It didn’t take too long for the Guardian to become a Brown-sceptic and my guess is that the same will apply to Cameron.