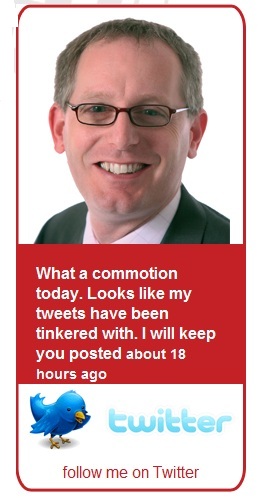 Was it this rather than “scum” that will seal his fate?

This is how, as of 4pm, the Labour MP for Telford, David Wright, was dealing on his website with the row that has erupted about him. In the betting there did not appear to be a betting market on whether Telford MP will manage to hold on to his position as a government whip but we could see one this evening.

For an object lesson in how not to handle the new media Mr. Wright’s actions over the past 24 hours will take some beating.

Using the term “scum” was bad enough but the story would have been killed stone dead if he’d just said “sorry” and deleted it.

Instead he tried the “somebody’s been tinkering with my Tweets” line and it just looked pathetic.

How anyone so inept can hold a position as a whip beats me.

That means he’s out with only a 7.5% swing which in the current context looks precarious.