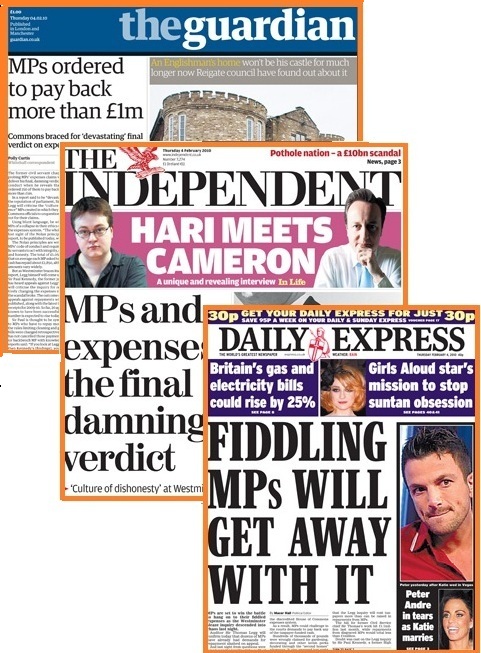 What’s this going to do in individual key seats?

So here we are – what many MPs are hoping will be the low point for them in the whole expenses saga – the publication today of the Legg Report.

Until we see the actual document we won’t get the full scale of what he’s concluded but it seems that up to half of all MPs will be ordered to pay back between them about Â£1m and that Sir Thomas himself will have some stinging words about the system and the ethics of MPs themselves.

What’ll make today so marked is that as well as being the top national story there’s a strong local angle for almost every news organisation in the land. The specifics for each individual MP will be big news on their home patches. With this happening so close to an election it’s almost bound to have an impact everywhere.

In electoral terms this is a much bigger challenge for Labour than the other parties for the simple fact that it’s got a lot more MPs. There’s also the potential for this to rub off more on the party in power.

For the Tories the national swing should contain the damage in all but perhaps a handful of seats where there have been very specific problems.

The general theory, backed up by election after election, is that incumbent MPs get an electoral bonus. Could this affair see that produce the opposite. Will 2010 be marked by the “reverse incumbency effect”?

We might see a lot of movement on the constituency betting markets in the next 24 hours. My best advice is to stick with seats you know and don’t over-react.