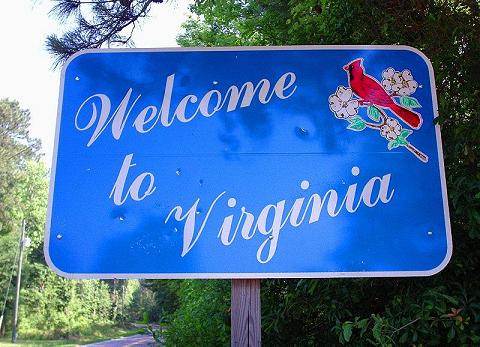 Are the GOP home and hosed in the Old Dominion?

One thing America is never short of is elections, and so a year after winning the White House, the Democrats will have their first major test at the ballot box with the “off-year” races for Governor of New Jersey (to be examined next week) and Virginia, on Tuesday 3rd November.

Virginia is now a key “purple state” in which the Democrats have done well at recent electoral cycles, with Tim Kaine winning the Governor’s mansion in 2005, Jim Webb winning the Senate seat at the 2006 mid-terms, and culminating in Obama becoming the first Democrat presidential winner in the state since 1964, and Mark Warner’s landslide Senate victory, in 2008.

But now, with Obama struggling with healthcare reform and his approval ratings drifting downward, the Democrats look set, if the polls are to be believed, to end their recent winning run in Virginia, while a Republican victory in the state is sure to be hailed by the GOP that their fortunes are finally on the turn after the maulings of 2006 and 2008. Precedent is on their side – the party holding the White House has not won the governor election in this state since 1973, a year after Nixon’s 49-state landslide.

Virginia governors are limited to one term only, and the two contenders to succeed Tim Kaine are state senator Creigh Deeds for the Democrats and Bob McDonnell for the GOP, who resigned as Attorney General in February to concentrate on the campaign for governor. This will be a rematch of the wafer-tight 2005 Attorney General election, which McDonnell won by just 323 votes out of over 1.9 million cast.

The polls for Virginia suggest that this is going to be a comfortable win for McDonnell and the Republicans – Deeds has barely had any poll leads in the entire race, and McDonnell has held a 7-point lead or better in all polling during October, doing well amongst independent and suburban voters who helped Obama carry the state.

Although the national healthcare debate and concerns over federal spending programmes have impacted the campaign, the Virginia GOP have not sought to attack Obama head-on, but rather Nancy Pelosi and Senate Majority Leader Harry Reid have been the targets of negative ads. In contrast to last year, Obama himself has been conspicuous by his absence in the state, having made only one appearance in support of Deeds.

The Deeds campaign meanwhile have tried to tar McDonnell as being against women’s rights, by using a thesis that he wrote 20 years ago in which he criticised the impact of working women on families – although given McDonnell’s continuing comfortable poll leads both statewide and in the Northeast where Obama won 60%, this doesn’t seem to have gained too much traction.

After plenty of international betting with Norway, Germany, Ireland, and Greece, for some reason the bookies seem to have shied away from pricing up the gubernatorials – I’d have thought that New Jersey, if not Virginia (where Intrade has the GOP at about 1/9) could definitely make a potential market.