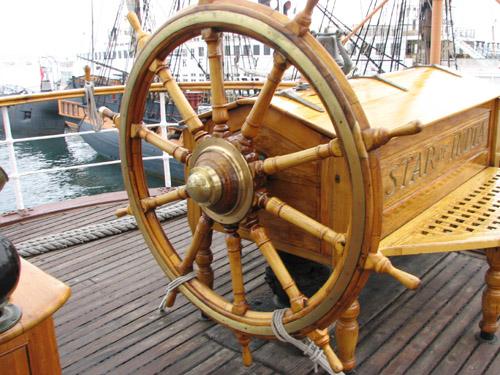 Is anyone actually in charge?

You know it’s silly season when, thanks to the Sky News website, you review the front pages of 10 national newspapers, and none of them have the same story.

The Sun runs with an interview with Peter Andre, the Mail and the Express compete for outrage on different fronts, the Mirror and the Star both lead with celebrity drivel, and the Guardian has a potential health scare about anti-depressants against the Telegraph’s shocking news that high street banks are stiffing their consumers. The mid-ranking forntpage stories, a relative term in this field, are that (according to the Indy) Russia may have been behind the cyber attack that slowed Facebook and Twitter to a standstill, and in the FT that the CEO of RBS is feeling a little hard-done-by given criticism of its results (it lost Â£1bn in the last 6 months).

And so to that old stalwart of British news, the Times. The paper carries an exclusive interview with General Sir David Richards in which he says we could be in Afghanistan for 40 years. It is worth following the link, if only because Rupert Murdoch has decided that before next June you will have to pay for the privilege of doing so. But it is the other ‘headline’ on the Times’ frontpage that I rather liked: “Anarchy in the UK: Harman leaves the country unmanned”. I have a soft spot for the pun, of course, but there is a semi-serious question at stake. Apparently, a scheduling error means that as you read this article we do not have anyone in charge.

There is a great scene in the West Wing, where an intrepid journalist is bothering the White House Press Secretary. When the President was unexpectedly indisposed (I won’t say for what reason!), he asks, who was in charge? The VP? The Secretaries of State or Defense? The White House Chief of Staff? The First Lady?

The Press Secretary delays, prevaricates, avoids him, and recommends constitutional scholars and the White House Counsel. “I don’t want to speak to them”, says the reporter, “they’ll only tell me who was supposed to be in charge, and I want to know who actually was in charge”.

As far as we can tell, there was a timetable whereby Harriet Harman was in charge this week, and Peter Mandelson was to follow her. However, it seems that Ms Harman (a firm believer in reasonable working hours so that women can have successful careers and still see their children) finished on Friday evening, and Lord Mandelson was not expecting to have Downing Street to himself until Monday morning. At this moment in time, the most senior government response to any crisis would be conducted by Blackberry from a house in Corfu belonging to the Rothschild family, with the strong possibility of the First Secretary of State wearing flip-flops. If that doesn’t force us to re-evaluate conspiracies about the Bilderberg Group and the New World Order, I don’t know what will.

Ms Harman, of course, used her week as “acting Prime Minister” to conduct five high profile interviews, insult almost half the nation, make her party cringe and seek to explain what she really meant, defend Trevor Phillips (in the very loosest sense of the verb), as well as weather rumours that she was parachuting her husband into a safe seat (yes, that Jack Dromey), and by all accounts should consider it a general success. She managed to get herself referred to as “Deputy Prime Minister” almost as frequently as Peter Mandelson in at least half a dozen news outlets.

Of course, we are reassured, Gordon Brown is still “in charge” and the formality of Minister on Duty is simply a token arrangement in case of very minor crises that should not interrupt the Prime Ministerial holiday. The danger for Labour, and perhaps the Conservatives too, is that people grow to like the idea of not having anyone in office and the clamour grows to make this a more regular occurence. Weekends without any government? Sounds a great idea. Just don’t tell Alan Johnson…