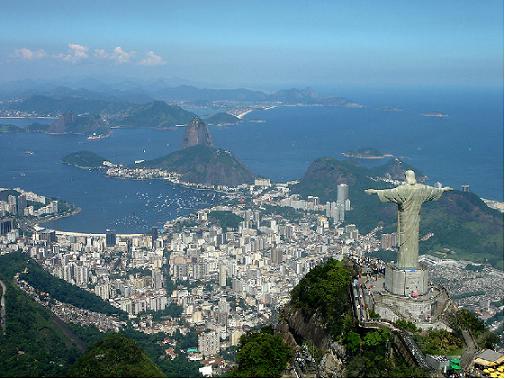 On Sunday 10th October 2010, Brazilians will go to the polls to pick the countryâ€™s fourth directly-elected President since the resumption of civilian rule in 1985. The 2010 elections will mark the first Presidential election since 1989 in which incumbent President Luiz InÃ¡cio Lula da Silva, a former shoe-shiner and sheet metal worker, will not be a candidate. Choosing not to emulate the example of Colombiaâ€™s Alvaro Uribe or Venezuelaâ€™s Hugo ChÃ¡vez, he has not sought to alter Article 16 of the countryâ€™s constitution which limits Presidents to two consecutive terms.

Lulaâ€™s 2006 re-election race was nothing other than a resounding success for the incumbent, sweeping twenty states to former Sao Paulo state Governor Geraldo Alckminâ€™s seven. Even in the case of opposition victories, Alckminâ€™s strength lay predominantly in the sparsely populated states of southern and western states bordering Bolivia, Paraguay and Argentina. The opposition candidateâ€™s only real victory was in his native state of Sao Paulo, home to just under a quarter of the countryâ€™s 190 million people, where he narrowly outran Lula by 52% to 48%. The rest of the country delivered near-absolute domination for the left with Lula outpacing Alckmin by a 78:22 margin in Bahia, 70:30 in Rio de Janeiro state and 65:35 in Minas Gerais. Indeed, the further north one travelled, the greater the Lula margin of victory became â€“ most astonishing being the Amazonas where he crushed Alckmin 87:13. The only northern state won by Alckmin was wealthy Roraima on the border of Venezuela and Guyana, centre to Brazilâ€™s developing diamond and gold industry.

Electorally-speaking, it speaks volumes about the strength of leftist sentiment in the Brazilâ€™s impoverished population centres that Lula was only denied an outright first round victory as a result of support for the avowedly Marxist candidate HeloÃ­sa Helena who left Lulaâ€™s Partido dos Trabalhadores (PT) in protest at the partyâ€™s perceived move to the centre. Picking up 17% of the first round vote in Rio de Janeiro, 7% in Sao Paulo and Bahia and 5% in Minas Gerais, Helenaâ€™s 6.85% first round support, when added to Lulaâ€™s 48.61%, would have been more than enough for the incumbent to avoid a second round clash with Alckmin.

It is starkly apparent how little Brazilian politics has changed little since JoÃ£o Figueiredoâ€™s military junta relinquished power in 1985. Almost a quarter of a century since the appointment by Electoral College of Tancredo Neves (who died hours before taking office) as the first civilian President and twenty years since Fernando Collorâ€™s direct election, senior political offices in the country continue to be predominantly filled by aged veterans of the struggle for democracy. The 2010 Presidential election is likely to do little to change this reality.

The two front-runners – Sao Paulo Governor Jose Serra and Presidential Chief of Staff Dilma Rousseff â€“ are very similar personal and political quantities. Both are trained economists in their mid-to-late 60s who grew up in Brazilâ€™s prosperous South Eastern states. Both candidates were exiled in Argentina and the United States for their opposition to military rule. Both espouse relatively flexible political ideologies which offend neither bankers nor slum-dwellers. Both are technocrats who owe their rapid political rise to party-political patronage and appointments to unelected yet highly influential cabinet positions. Crucially, neither possesses the star-power of the outgoing President.

While polling day remains more than a year away, one can make several early observations about the race. It is clear that Jose Serra has very firmly established himself as the front-runner in the contest holding a robust 38% rating in the most recent Datafolha poll. The Sao Paulo governorâ€™s support base has fluctuated between his current 38% and a high point of 41% since March 2008, indicating a modicum of stability to his poll numbers.

Politically-speaking, Brazil is truly a country where there is little shame in losing. It took Lula some four attempts to be elected President and (with the exception of Rousseff who has never sought elected office) all the 2010 Presidential hopefuls have faced numerous past defeats in mayoral, gubernatorial and even past Presidential races. As such, Serraâ€™s initially high poll numbers may have more to do with his higher name recognition than any genuine groundswell of popular support.

Serra does, however, enjoy the firm and avowed support of the residents of the state of Sao Paulo. The stateâ€™s prosperous electors forgave him for breaking his pledge during the 2006 mayoral race to serve a full four year term, electing him as Governor two years late with 58% of the vote. Arguably the driver of the Brazilian economy, Sao Pauloâ€™s business community will ensure that Serra is possession of the financial resources to comfortably outspend each of his challenges.

Despite Serraâ€™s stability, the candidate with momentum – a crucial quality for candidates in Presidential elections from the United States to Uruguay – is Dilma Rousseff. Her support has risen steadily from 3% in April 2008 to 16% today with no other candidate from the Partido dos Trabalhadores even closely approaching her current poll standing.

Rousseff has the enthusiastic support of the outgoing President â€“ something viewed as crucial by media observers both in and outside Brazil. Despite of the high-profile MensalÃ£o scandal in which bribes were funnelled to congressmen through state-owned companies by PT officials in order to gain support for the Presidentâ€™s legislation, numerous and frequent currency devaluations and little real progress in the battle against poverty, Lula remains genuinely popular amongst the Brazilian public. In a June IBOPE survey, 68% of respondents rated his performance as â€œgoodâ€ or very goodâ€ while a further 24% labelled his performance â€œfairâ€. At 8%, fewer than one in ten Brazilians consider Lulaâ€™s job performance to be â€œbadâ€ or â€œvery badâ€.

There is, however, a risk of overestimating the importance of Lulaâ€™s endorsement. The 2008 local elections proved this. While the PTâ€™s residual strength carried them to easy victories in the majority of small-town races, Brazilâ€™s key population centres ignored impassioned pleas from their popular President to support his candidates. Perhaps the most painful example of this was the failure of former Mayor and Tourism Minister Marta Suplicy â€“ a front-runner to succeed Lula as the PTâ€™s Presidential candidate for 2010 â€“ to defeat Gilberto Kassab in Sao Paulo despite the incumbentâ€™s opinion poll rating standing at 17% less than six weeks before polling day. Personal appearances at campaign rallies the cityâ€™s poorest areas and near-blanket coverage of the stateâ€™s media markets with television adverts featuring an open-collared Lula appealing for support for â€œmy Martaâ€ failed to prevent Kassab defeating Suplicy 61% to 39%.

Even in Rio de Janeiro, a city which gave Lula almost 80% of its votes in 2006, his handpicked candidate Eduardo Paes spluttered to victory by half a percentage point despite almost every billboard and lamp-post in the Cidade Maravilhosa being plastered with images of the two men grinning in that way only populist South American politicians can while making thumbs-up gestures.

It is noticeable, given the long tradition of Brazilian Presidential candidates to run as the candidates of coalitions of large and small political parties, how robust support for â€˜third partyâ€™ candidates is at this stage. On the left, support for HeloÃ­sa Helena and the former Finance Minister Ciro Gomes who briefly pulled ahead of Lula and Serra in the 2002 contest stands as high as ten and fifteen percent respectively. Invading Serraâ€™s political space to the right is Minas Gerais Governor AÃ©cio Neves whose support is hovering at around 14%.

While an early decision by these candidates to align themselves with either of the two front-runners could help avoid the usual first-round voting fragmentation seen in Brazilian elections, establishment fatigue and the lack of a real sense of enthusiasm towards Serra or Rousseff could catapult any of them into active contention within a matter of days.

With more than a year to go until polling day, this is the most unpredictable Presidential election in Brazilian electoral history â€“ and a market only a fool would be willing to bet on.

Dan, many thanks for an outstanding article. If anyone else would like to submit a guest article on international politics or finance/economics, please drop me a line at electiongame[at]yahoo[dot]co[dot]uk.