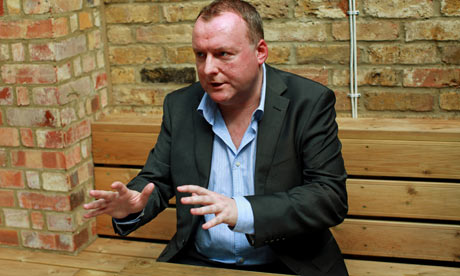 Is this about McBride, or the Guardian v Coulson?

The interview of Damien McBride in today’s Guardian Media section is an immediate New Entry in the canon of rehabilitative interviews. The full gamut of human emotions is put on display – personal horror, regret, resignation – a truly masochistic apology, topped with remorse and the inevitable father-analogy for Brown.

But the mea maxima culpa covers only half of the interview – from there we have various reasons and side-swipes: his having no role in the final publication, the journalists who called him names, the paranoid retribution for unfounded policking by other Labourites, his annoyance at the shift in emphasis of the reporting onto the smearing of political wives, thewhole affair being ‘juvenile’, and apparently “underpinned with snobbery”. It’s almost Nixonian.

I don’t blame James Robinson (whom I suppose would be David Frost in my analogy … ) at the Guardian for taking the interview, though I think the paper might have served their subject better if had they had conducted the session other than in a public house. I don’t think the interview is particularly hard-hitting, but it does a great job of drawing out some great insight into McBride’s self-image. The question then is “why this, and why now?”. Is the tail wagging the dog, or does the dog have an agenda?

I can understand McBride’s motivation – the long, slow process of rehabilitating himself so that he might one day be able to take part in British politics again. This is probably how I would have done it – a non-political interview in a generally friendly paper (or at least one that shares a dislike for the Conservatives). I don’t think it will succeed, because I don’t think that once Brown goes that many in the Labour Party will want McBride’s special brand of job-approach – I’d suggest it more likely that he is brought back on board quietly in the run up to an election. Thus the reason that McBride is so ready to mention Coulson – at the time, he had to go: if Coulson stays, then Brown might feel he has the lattitude to bring McBride back.

And it is Coulson who is the star of this interview. He dominates the first three paragraphs – McBride’s old rival, the man who might go the same way – each reference designed to create parity between the scandals, and the men who their opponents blame for them.

That, I’d suggest, is why this interview has come out now. After Smeargate (News International) and Expensesgate (the Daily Telegraph), the Guardian thought it had the third great political scandal of the year in Coulson and the phone-tapping. The buzz has somewhat died (even though there were…celebrities involved!) and the Guardian is determined to flog the just-about-alive horse or at least get some political capital for it. If Cameron gets to keep Coulson, they will at least help McBride in his rehabilitation.

Answers on a postcard.