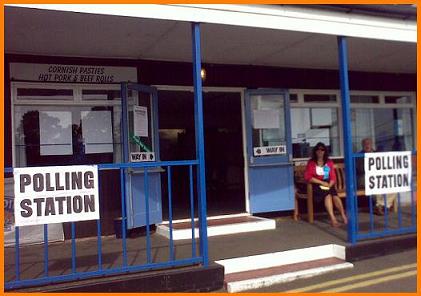 Is it a storm in a Westminster teacup?

As long as the News International phone-tap story continues to make the political weather, Andy Coulson – the Conservativeâ€™s Director of Communications – will remain under pressure. The question is how long it can run. Mike, in the previous thread, suggests that it wonâ€™t be long because the storyâ€™s essentially mined out for the moment. Iâ€™d agree with that but also put forward another reason: none of it resonates with the public.

The media talking about themselves is even more boring than political navel-gazing because it largely involves a lot of people no-oneâ€™s heard of. The phone-tap scandal does get round that to some extent because the targets were celebrities and politicians but as none of them are actually doing anything (either they already have, like Gordon Taylor, or they are â€˜consideringâ€™ their options), that drains the momentum.

Whether itâ€™s right or not – and itâ€™s not – my guess would be that much of the public is inclined to believe that the media does this sort of thing a lot of the time. In a parallel to politics, evidence of misconduct is reported far more prominently than routine behaviour so when that misconduct does come to light, thereâ€™s no counterbalancing popular image.

Magazines and newspapers that make significant use of what could be considered intrusive photography or reporting sell in large numbers. If a member of the public had the events – in many cases, wholly mundane – of their private lives broadcast, they might feel different about the use of such reporting but public figures tend to be viewed differently. That some of them encourage and revel in that kind of reporting merely blurs the line further. Accessing almost unprotected voicemails is analogous to the use of such photography which the Moseley case proved was illegal but the public tends to accept anyway.

And therein lies the reason that itâ€™s unlikely to have much political impact. A Tory employee few have heard of failing to stop the use of techniques many tolerate several years ago during his time as a tabloid editor is unlikely to run counter to widespread assumptions. And if assumptions are not challenged, intended voting patterns are unlikely to change.

Even so, there is a longer-term danger. Hostile journalists and politicians now have a ready-made line to drop into any report or discussion whenever Coulson comes back into the media spotlight. His behaviour – even if to some extent expected and tacitly accepted – fell below that which a party leader can afford.

To my mind, that means that he has to go, though not necessarily straight away. As the danger is neither acute nor immediate, that provides a much longer window of opportunity within which to act. It would be a risk for Cameron to keep him on into the election and a much greater risk still for him to stay there afterwards when the Tories are likely to take a hit in the polls and reporting become more hostile.

Cameron has said that everyone deserves a second chance and thatâ€˜s fair enough. As long as Peter Mandelson remains in the cabinet, Labour cannot effectively argue against that – and Mandelson will be there for the remainder of the parliament. However, CCHQ should be thinking very seriously about life after Coulson.