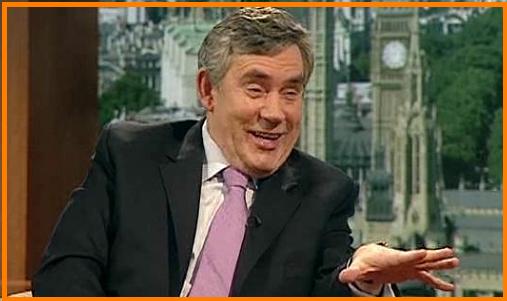 What do we make of the differing reports?

Two completely different takes on Gordon Brown’s future are reported in the Sunday papers.Â  The Mail claims that Labour sources say that “Gordon Brown may agree to step down as Prime Minister before the next General Election”, while in an interview with the News of the World, Brown himself insists that “it is because of my purpose in politics that I’m determined to lead Labour into the next election”.

Meanwhile, in yesterday’s Guardian, Brown was a lot more reflective and even said that “to be honest, you could walk away from all this tomorrow”, using ‘you‘ as a first-person substitute.Â  That comment, however, should perhaps be read with the implied rider “if only all the work didn’t need doing”.Â  It might simply have been aÂ subtle dig at his predecessor or at least an attempt to distance himself from the Blairs’ image of enjoying the trappings of power.Â  Even so, talking about what he might do post-PM acknowledges that there will be such a day.

Until now, I’ve been very sceptical about Brown leaving Number Ten before the election.Â  To a large extent, I remain so: he just doesn’t seem like the sort of person who’d give it all up when there’s clearly so much still to do.Â  Yet how can that be reconciled with the conflicting stories?

The obvious answer is that the ‘Labour sources’ that the Mail talked to were acting outside Brown’s control. The “may” certainly suggests that there’s at least an element of wishful thinkingÂ in it.Â  But if enough people start to think that way it could become a self-fulfilling prophesy.Â

Could it happen?Â  The best time for a leadership election is over the Summer and that option has now gone.Â  To hold one early in 2010 would disrupt what remained of the legislative programme but that will probably be fairly thin so close to the election anyway.Â  The big blockage that prevented Blair stepping down in the first quarter of a year – that Brown, as Chancellor of the Exchequer, needed to prepare the budget – doesn’t apply as Darling won’t be a candidate for the leadership.

Even if it’s logistically possible, there’s a risk that a cynical public would take against a leadership change so close to an election.Â  At a minimum, there would need to be a good explanation as to why theÂ handover was to be made then and not earlier.Â  There’s also an inherent unpredictability that comes with these things – few recentÂ party leadership elections have been an unmitigated success both during the campaign and in terms of the result delivered.

So we’re probably back to square one: continued mutterings and plans concocted by people who aren’t willing to go public, set against a prime minister determined to get on with the job.Â  When the new year comes, there will almost certainly be good reasons for the prime minister to stay onÂ – a PM can always find such reasons – and he probably will.