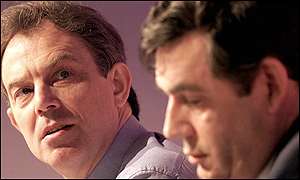 A new bet for Blair-Brown watchers

A well-thought and promising new market has just been launched by William Hill on when Blair will go.

Unlike some recent William Hill markets that seemed more designed to attract publicity rather than bets this is being made available online right from the start. This is a good sign because it does look like a good thing to bet on.

With renewed pressure today within the Labour ranks that he should make way for Gordon Brown well before the end of the next parliament there are a whole lot of factors that punters will have to factor in.

There’s the little matter of winning a majority at the next General Election – which is far from a certainty in spite of received opinion within the Westminster village.

What happens if there is, as we think likely, a hung parliament. Would Blair survive that? What about his health and the reported family pressures – all of which could cause him to go? Could there be a coup if he no longer looks like an election winner.

Tony Blair has said that he would not want to stay in the job if he felt that he was a liability. Our view of Tony Blair is one of admiration for his extraordinary political skills which place him head and shoulders above anybody else in British politics. Even if the polls show that he’s unpopular he’s worth keeping as leader just because under him Labour will, in our view, perform better.

Having said that we think that the 3/1 on him going before the end of next year is a good value bet.