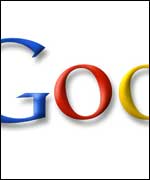 Which party is dominating the web?

Those who bet on politics on the internet are going to have to wait a day or so before markets on the Leicester South and Birmingham Hodge Hill by-elections are available online but we are assured that they will be there.

Meanwhile political gamblers might want to assess the political party machines ahead of the by-elections by subjecting them to the Google test. Just type in “Leicester South by-election” or whatever on the Google search page and see what comes up and in what order.

For Google’s success as the world’s number one search engine has been based on providing the most relevant results in an order based, in broad terms, on the popularity of the site. And with the Leicester South search you are left in no doubt why Labour are vulnerable.

On the first search page there are four links to Lib Dem sites, two links to the Conservative and one link to George Galloway’s RESPECT. Labour, which held the seat with a huge majority in 2001, is nowhere to be seen until you get to the bottom of the third page.

This is not all good news for the Lib Dems. Respect, which might attract a significant number of the anti-war votes that Charles Kennedy might have expected would come to his party, has moved up markedly in the last two days and is the fourth political site to be featured. The Tories are clearly trying hard and, unlike the Euro Elections last month, have not got the threat of UKIP to worry about.

In the Birmingham Hodge Hill by-election, which is also being held a week on Thursday, the top search from a political party is from the Labour MP of a nearby constituency – but the rest of the Google results page is dominated by the Lib Dems.

At the Brent East by-election last October it was the same pattern. The Lib Dems were dominating the search results and this was one of the reasons, in a different forum, that we predicted that they would win.

But this approach is not fool-proof. Similar searches on the fight for the Democratic nomination ahead of the Iowa caucuses in January saw Howard Dean sites dominate Google. He did not make it.

As soon as we get word of the by-election betting markets being available online we will let you know.