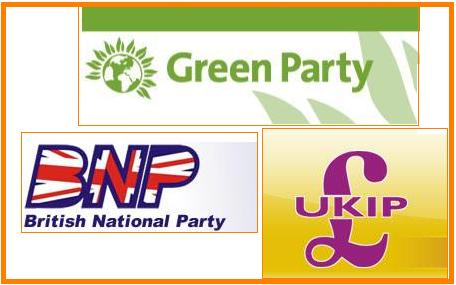 Do the latest polls show it’s the end of the “others”?

The dominating feature of the polls since last June’s Euro elections was that “others” – mainly GRN/BNP/UKIP – looked set to take a significant shares.

These three parties together with PC/SNP in Wales and Scotland secured about 8% of GB vote in 2005. In some polls in the past few months this has touched 18% and a big question has been whether the Tories or Labour are being hit most.

But in the two weekend polls from YouGov and ComRes the aggregates were down to 11% and 10% with the latter putting UKIP at a mere two points.

As we get closer to the day is the election now becoming a choice between the big parties – an environment in a first past the post system in which GRN/BNP/UKIP are bound to struggle?

For what’s the point in wasting your vote when the real issue is whether Mr. Cameron is going to replace Mr. Brown?

Looking back the squeeze was always likely to happen – it’s just that it seemed to take a devil of a long time in coming about.

The question now is who benefits – Labour or the Tories? The weekend polls seemed to paint different pictures though, hazarding a guess, it looks more promising for the Tories than for Labour. What evidence there is suggests that when it comes to the crunch UKIP/BNP supporters are more likely to favour the blues.

In the betting it might be worth re-looking at those markets on how GRN/BNP/UKIP will do.