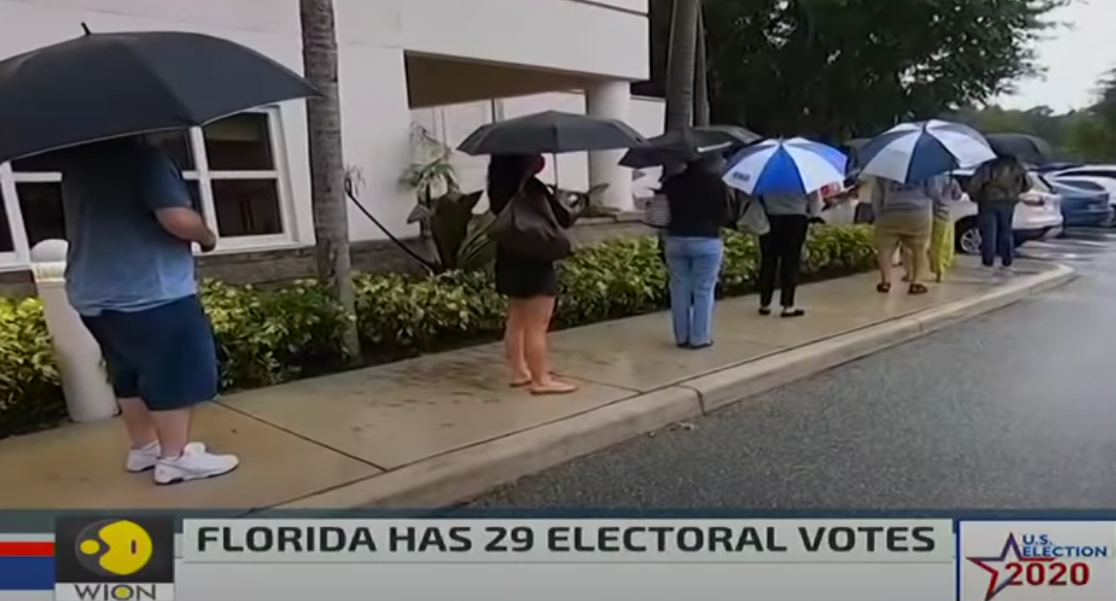 Florida with its 29 electoral votes has been looking pretty good for Biden and the current FiveThirtyEight average has Biden 3.5% ahead. What makes this interesting from a betting perspective is that as I write Trump and Biden are running at fifty-fifty on the Betfair exchange.

Essentially those betting on Trump at this price are gambling that the polls are wrong. Given that the last time Trump was ahead in the polling average was back in March this is what I would call a gutsy bet.

The Trump campaign has seen this as a must hold and even though it has been slashing spending in other states it continues to spend big on advertising in Florida. This means there’s much less available in other key states.

One of the challenges the President faces is that Michael Bloomberg has chosen Florida as the state race where he believes he can have the biggest impact. He’s committed $100m on both advertising and a big ground game effort.

What makes this really interesting is that the Republicans have been out scoring the Democrats in voter registration efforts in the state but does this necessarily mean that all those who’ve signed up are going to vote for Trump? That is something we don’t know.

This week in person early voting began and like in many other states there’ve been huge queues like the one pictured above. Currently the level of Florida early voting is at 38.4% of the percent of the 2016 total turnout.