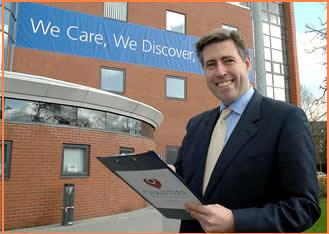 The 1922 Committee chair, Graham Grady was on the World at One this lunchtime repeating one of the great myths about the formation of the coalition in May 2010.

He said that he’d have preferred a minority CON government – but it is hard to see where there was a point when that was going to be possible.

I’ve made this point before but Gord had all the cards in his hand on May 7th 2010. The Tories had failed to win a majority and there was no obligation on him to go to the palace and recommend to the Queen that Cameron should be invited to form a government.

The main pressure on Brown was to get some sort of arrangement in place before the Queenâ€™s speech due a week and a half later. My guess is that if Cameron had not made his offer to the LDs and had tried to hang on for a minority government the blues would have been pushed out of the picture.

Instead there would have been intensive discussions between LAB and the LDs in which it became clear that there would be no support for Labour to continue in power while Brown was still at the helm.

This would have led, however reluctantly, to Gordon agreeing to step aside maybe after a leadership contest to find a successor had been completed. The LDs would have won some concessions perhaps to allow a supply and confidence arrangement to be agreed. The Queenâ€™s Speech would have been approved by the new Commons.

That government would have struggled on for a few months because the numbers were extraordinarily tight. Brownâ€™s successor, probably David Miliband, would have gone to the country in October 2010.

How would Labour have done without Brown? Would Cameron still have been CON leader if heâ€™d not become PM after GE2010?

The point, of course, is that in May 2010 the chances are Cameron would never have had the option of pursuing a Conservative minority government.

It was only because of the coalition deal on Tuesday May 11th 2010 that Brown had to go to the palace to advise Her Majesty that Mr. Cameron be asked to form a government.

As @MSmithsonPB rightly points out here, the idea that a Con minority gvt was a possibility in 2010 is a fantasy: http://t.co/OKOp4lVSZY