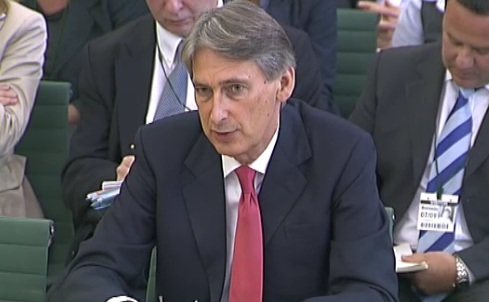 Social conservatives are the key swing vote of the moment

When David Cameron was Leader of the Opposition, he put a great deal of effort into detoxifying the Conservative brand â€“ the analysis being that in order to gain an election-winning coalition, the Conservatives needed to pull swing centrist voters from both Labour and the Lib Dems.Â  In as far as it went, that was true but it was far from the whole picture.

By going out of his way to â€˜not scare the horsesâ€™, Cameron was making an open pitch to those who switch between the governing parties based on pragmatic issues like competence and character and seeking to minimise anti-Tory tactical voting. Â The risk is that rather like New Labour, dominance in the centre comes at the price of an eroding core (not that the dominance was sufficiently achieved, as it turned out).

The result of all three established parties following the same dynamic is that Clegg, Cameron and Miliband occupy a very narrow stretch of political ground on social policy. Â Arguably the gap on economics isnâ€™t much wider, despite the intensity of the debate, but at least the sound-money / go-for-growth debate satisfies most points of view.Â  By contrast, none of the three leaderships have much to offer to social conservatives.

The Lib Dems donâ€™t have to do so and probably couldnâ€™t even if they tried: their social liberalism is an inherent part of their identity.Â  By contrast, both Labour and the Conservatives have sections of their traditional support bases whose views on social policy are far removed from their leadershipsâ€™ metropolitan liberal consensus.

Politics, as nature, abhors a vacuum and itâ€™s in that space which UKIP is now finding support and success.Â  The county council elections across large parts of traditionally Tory country demonstrated their ability to win votes from the Blues but a council win on Thursday for UKIP in what had previously been a very safe Rotherham Labour seat, as well as strong Purple showings in parliamentary by-elections over the last year show that Farageâ€™s party is winning support from those who feel alienated by and disenfranchised from the three main parties, none of whom seem to stand for their values.

Which make the comments from Defence Secretary Philip Hammond that the government has spent too much time on gay marriage particularly timely and notable.

Nothing is riling social conservatives more at the moment than gay marriage and recognition of that is the first step in reaching out to them.Â

Winning, or winning back, their support will be critical to either Tory or Labour success at the next general election, not least because both Thatcherâ€™s and Blairâ€™s election-winning coalitions included many such voters.

It certainly wonâ€™t be easy for any party leader to attract social conservatives while simultaneously winning the support of enough of those who float between parties and those who have only a weak intention to vote at all â€“ but then as someone who should know once said, if you canâ€™t ride two horses, you shouldnâ€™t be in the circus.