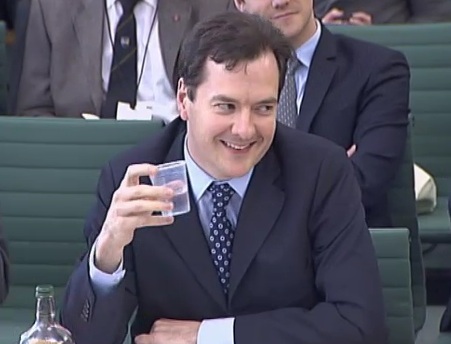 Is there a recovery underway and what effect might it have?

After a cold and dark winter, the sight of spring flowers defiantly if tentatively piercing the earth and braving the still chill winds is always something to raise the spirits; a pointer to sunnier days ahead. Â As with nature, so with economics: recoveries from recessions are usually patchy and slow to begin with but there comes a point where despite the bitter blasts from the continent, growth is at long last returning.

To write that on the day that figures showed the construction industry to be deep in recession may seem strange but construction, as an investment sector, both lags the general cycle and also experiences much wilder swings, up and down.Â  It is a good indicator of where things have been but a poor one of where they are going.

A better one is employment.Â  Businesses might delay laying off people in tough times but they donâ€™t employ more unless they think things are picking up.Â  Despite the job losses in the public sector, employment in Britain has never been higher â€“ and the increase accelerating towards the end of the year â€“ while unemployment has been falling since the end of 2011.Â  With house prices beginning to edge up and the stock market having surged to pre-recession levels, people and businesses should begin to feel less concerned about needing to put money aside in case of negative equity, pension-fund deficits or depreciated assets.

Not that you will hear talk of green shoots from the Chancellor in his Budget speech a week on Wednesday.Â  Apart from harking back to earlier, premature, sightings of economic recovery, it also implies that the good times are around the corner.Â  To lead people to believe that would be a serious mistake: even if a recovery is under way, it will not feel much like it.

One factor in the disparity between the lacklustre growth figures and strong employment numbers has been incomes rising more slowly than prices â€“ something in which thereâ€™s little reason to expect much change.Â  In addition, as and when a recovery does occur, interest rates will start climbing from their 300-year lows.

Politically, it wonâ€™t make much difference either way to the debate.Â  In the absence of a recovery, the Conservatives will say that extra borrowing is ever more unaffordable and Labour will reply that itâ€™s all the more necessary; if one does become established, the Tories will argue that their policy has been a success and must be maintained while Labour will say the growth renders further cuts unnecessary.Â  On their performance this week, what the Lib Dems say will depend whether itâ€™s Clegg or Cable saying it.Â  Who knows â€“ that might even be the most effective strategy.

Where it might make a difference is in the question of economic competence.Â  If Plan A does look to have worked, the willingness of the electorate to stick with it, even if itâ€™s hurting, may well increase â€“ as in 1992.