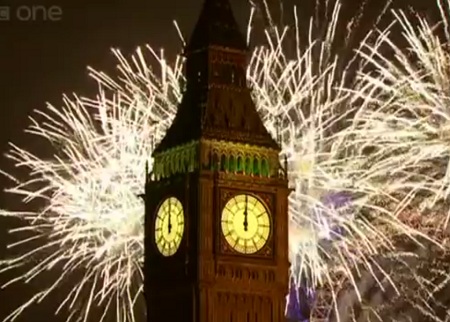 Politicians of all stripes eulogise hard working families. They feature on our broadcasts, in set-piece speeches and in painful long-drawn out anecdotes that has been the trend of recent years. Itâ€™s got so bad that the impression given is that if youâ€™re living alone you couldnâ€™t possibly be hard working.

Attention is given to families for good reason. Typically at least two voters at home, living connected lives at work or in the community they can influence friends. They use services and pay their taxes. Theyâ€™re electoral gold dust.

Which brings us to the latest row about the real term cut in Working Families Tax Credits. What on Earth are Osborne and IDS playing at in delivering a real terms cut to working families? No longer able to claim that â€˜we are all in this togetherâ€™ ministers recklessly bandy around figures that are so inaccurate it begs questions about their and their advisorsâ€™ basic competence. In the last week alone IDS has argued tax credit payments increased 58%. It was 8%. After the financial crash in 2008 it rose by 9% – not the 20% claimed by the Secretary of State. Fraud was a mere 0.7% yet ministers screech â€œit will come as no surprise therefore that fraudsters from around the world targeted this benefit for personal gain.â€

Rather than accept that the previous government was keen to ease the squeeze in living standards and reward people in work, many on the right appear to prefer to see Working Families Tax Credit as either a method akin to state-sponsored bribery or a sinister attempt to create a â€˜client stateâ€™. Itâ€™s a brave argument for any political party to make â€“ especially one that is already struggling to be seen as â€˜in touchâ€™.

The growing pressure on living standards for families in particular has seen the rise of a potent think tank in the form of the Resolution Foundation. More than any other organisation theyâ€™ve trumpeted the issues facing the â€˜squeezed middleâ€™ as well as those on lower incomes such as those who rely on tax credits.

A recent report shows how different families could lose following the Autumn Statement. I wonder if the Chancellor has dared to read it? It allows for the new exemptions in tax and finds that many still lose out overall in real terms due to the 1% benefit cap. Their findings show that by 2014-15 a typical single earner couple will be Â£4k per year worse off. A dual earner with childcare will lose Â£5.5k, a working single mother will be Â£4k down and a childless couple receive Â£900 less. All in all 60% of the 3.7bn benefits cuts will come on households who are in work. Will Tories in marginal seats fancy canvassing any of those households any time soon to tell them they’re on ‘their side’?

You could be forgiven for thinking that the government would be putting this particular group on a pedestal and protecting from as many cuts as possible. Instead it is pensioners whose perks are protected no matter what. Only yesterday a former Lib Dem Minister was slapped down for daring to suggest winter fuel allowances given to wealthy pensioners could be better off spent elsewhere.

It could be that the government believes helping working families is a luxury that cannot be afforded. But letâ€™s not pretend this wonâ€™t come without an electoral price – especially when income tax is being reduced for top earners and pensioner entitlements are preserved in full.

The grievance will come precisely from the sense that it flies in the face of ministerial rhetoric of making work pay. It will only erupt when it happens. Crucially this kicks in one month before the local elections, just like abolishing the 10p tax did for Gordon Brown in 2008. I remember being shown wage slips in the local club at that election. It was not pleasant. Expect a big backlash from â€˜hard working familiesâ€™ during 2013 and desperate efforts to woo them back in 2014.