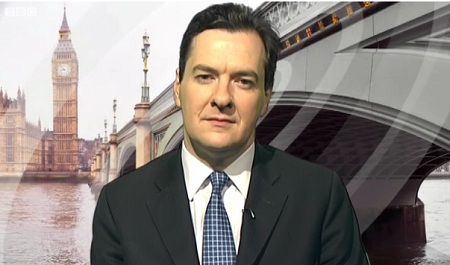 David Herdson on the options for Osborne

When George Osborne delivers his Autumn statement on December 5, the figures in his report will be at best mixed: the deficit is down on the peak but not by as much as expected and progress may have ground to a halt; employment is at record levels but long-term unemployment is also rising; above all, while growth returned to the UK economy in Q3, the annual performance has been well below expectations and the picture for next year looks little better.

The chances are then that he will do what most politicians required to deliver unpalatable news do: heâ€™ll try to find a distraction. Unfortunately for him, the options to do that effectively on the spending side are limited. Thereâ€™s no room for spending increases (which would run counter to the austerity justifications anyway), so the best that might be done are reallocations or reannouncements. Expect both to be present but donâ€™t expect them to make the headlines â€“ or at least, not for the right reason: financial sleight of hand usually comes unstuck.

That leaves the tax side. Although the Autumn Statements are traditionally meant to be about spending, theyâ€™ve increasingly become mini-Budgets and incorporated tax changes too. Here, the Lib Dems may have offered Osborne an opportunity.

The Lib Dems have pushed hard for a mansion tax on houses worth more than Â£2m since the last election. The fiscal justification for it is thin â€“ there arenâ€™t all that many Â£2m+ houses in the country â€“ but property taxes do have the advantage that theyâ€™re difficult to avoid. There are other objections to the idea as put forward, not least that it would require a fairly comprehensive national survey to identify which properties qualify, and that with just one rate and one threshold, itâ€™s too crude.

There is an obvious alternative. A property tax already exists in the form of Council Tax. Although the Coalition has previously ruled out a revaluation in England there are ways round that, such as scheduling it for after the next election. Introducing additional Council Tax bands at the top (and perhaps at the bottom too) would address the majority of concerns about the Mansion Tax as currently proposed.

Will it happen? Probably not. Tempting though the idea is, thereâ€™d be a lot of losers and itâ€™s not too obvious whoâ€™d get the blame: the Lib Dems for putting the original suggestion forward, the Tories for the counter-proposal or whoever leads the local council for a majority of the country by the time the revaluation took effect (which is likely to be the major party not in government).

Thatâ€™s a big risk to take. On the other hand, simply placing it on the table â€˜for consultationâ€™ could spike the guns of other, superficially attractive taxes, as well as focussing attention of the lack of policy coming from Labour, and distracting from the less than rosy numbers elsewhere in his speech.