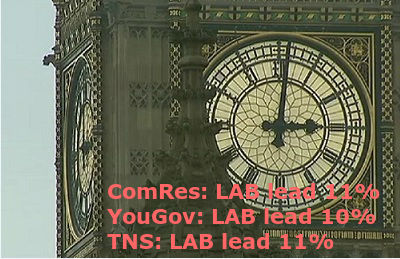 Just a third now blame Labour for the cuts

Maybe it’s all too early but in the wake of last week’s news that Britain was out of recession and that the GDP was on the up again there were many who thought that the Tories would get a poll bost.

Maybe that will happen but from three surveys from three totally separate pollsters using very different methodologies the signs are that Labour is enjoying a substantial lead.

The latest phone survey from ComRes had an 11% lead; YouGov (online) this morning had 10% while TNS-BMRB (part face to face) had 11%.

At one stage the proportion saying the LAB government was to blame was nearly half and just 17% blamed the coalition.

I’m a strong believer that the notion “It’s the economy stupid” is wrong. The real driver is whether a government is perceived to be competent.

Next week, on US election day, we will be exactly half way through this parliament – there is still a long time to go.