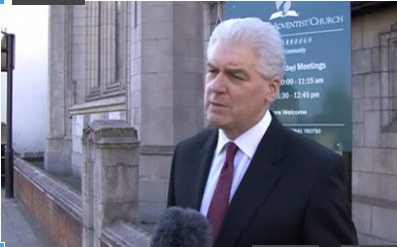 There have been a very strong series of by-elections taking place in Labour â€“ held seats over the last couple of years. More than I can recall. This puts a little pressure on the Labour side to win handsomely each time.

The Corby by-election has been the exception and gives the party a chance to chalk up a thumping win in a seat the party must win in 2015 if it is to hope of a majority. While a lot of attention and campaigning activity has been focused on Louise Menschâ€™s former constituency, it would be worth the red team sending a few people up North to Teesside where the seeds of a shock could be in the making.

The Labour Party has already lost one safe seat in Bradford West, that time to George Galloway. The defeat still gives some Labour Party staff nightmares. Now Stuart Bell MPâ€™s death has meant that there will be another by-election, likely to take place on 29th November.

This is a seat Labour should win handsomely in the current climate and even larger than the 8,689 majority from the 2012 the general election, despite a likely modest turnout. However there is a bluebottle in the ointment – the threat of popular local independent mayor Ray Mallon running.

Ray Mallon, known as â€˜Robocopâ€™ from his time at Cleveland Police is a controversial character to say the least. One thing that cannot be denied is his popularity with the Middlesbrough electorate. He is tough, working class and doesnâ€™t mince his words. Heâ€™s pleaded guilty to a range of offences while as a police officer, heâ€™s been up against the Standards Board as mayor and has been accused of racist remarks in the past. In a nutshell he is a Guardian readersâ€™ nightmare.

Despite his flaws Mallon has bested the Labour candidate for directly elected mayor on all three occasions. Most recently in 2011 he received 17,901 votes â€“ over 8,000 more than his Labour rival. This is a guy who knows how to win in Middlesbrough.

After Bellâ€™s death, Mallon in characteristic style announced to the local press that he would be looking closely at the candidates that the main parties put up and if they werenâ€™t to the standard he felt Middlesbrough required then he would stand in the by-election. This is no idle threat. Mallon has told friends that he wonâ€™t stand for mayor again and will be looking for a way to bow out. I can see him fancying finishing his career as MP for the town from 2012-2015.

Like Galloway, Mallon would be able to pull in support from across the political spectrum as well as rely on a core part of Middlesbroughâ€™s working class voters to turn out for him again. Unlike Galloway, he has roots in the area he seeks to represent and has already proven he can beat the political parties.

Labour has not found a way of defeating him in the last ten years and thereâ€™s nothing to suggest they will over the next month either.

Whether the current crop of aspiring candidates passes muster with Mallon is debateable. However with such a short timescale (Labour applicants must submit their application by noon tomorrow) the chances of recognised big-hitters coming forward seem remote. No-one quite knows the mind of Ray Mallon, but his professional and political career shows that he is vain, egotistical and a risk-taker. Ed Miliband and the Labour team should be quietly praying that the mayor does not stand while at the same time urgently preparing for a bruising battle in case he does. Any boost from a Labour Party gain in Corby could prove very shortlived.