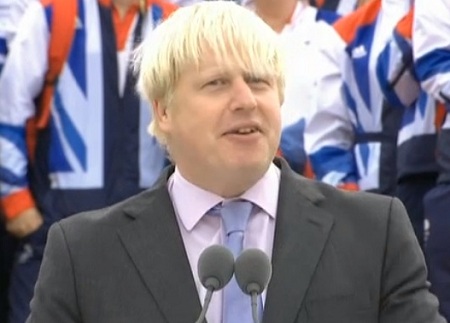 David Herdson looks ahead to 2014

In a little under two yearsâ€™ time, David Cameron will have to do something no Conservative prime minister has done almost two decades: nominate someone to the European Commission. Itâ€™s a decision which is fraught with difficulty on many levels.

One possibility speculated upon is that Nick Clegg could get the nod, the thinking being that the move could form part of an amicable separation between the governing parties in the coalition, giving Clegg an honourable way out and allowing the Lib Dems to choose a new leader and both parties to then establish an independent identity. Thereâ€™d still be the matter of the final term of parliament but even in coalition, any contentious legislation would be virtually impossible to pass, and thereâ€™s unlikely to be the money for a Budget spectacular (which would in any case undermine both partiesâ€™ narrative on the economic debate).

Thatâ€™s all very well but the timing would be terrible for such a move. The nomination will be made in the same summer as the European Parliamentary elections, when UKIP will without question poll very well and may well outscore the Conservatives. On the other hand, itâ€™s far from out of the question that the Lib Dems could finish fifth. For a Conservative prime minister to nominate a pro-European Lib Dem will look completely out of touch with both the country and his own party.

If itâ€™s not to be a Lib Dem, there arises the opposite problem on his own side. The Conservative Party is overwhelmingly Eurosceptic; Ken Clarke is not only the only pro-European Tory in the cabinet but in pretty much the entire parliamentary party. While itâ€™s not necessary to be a card-carrying enthusiast for a federal Europe, the nomination of an outright Eurosceptic is unlikely to be well received by the UKâ€™s partners â€“ and that does matter however strong the temptation to think otherwise.

Cameron would also have to persuade such a Eurosceptic to take the job, which may be no easy task. Cathy Ashton only ended up in Brussels because Tony Blair, David Miliband and Peter Mandelson turned down the offer, and theyâ€™re all ardent Europhiles compared with Tory cabinet ministers.

That might leave the less obviously ideological ministers such as Philip Hammond â€“ who at defence will also have had plenty of international experience â€“ but how about a more exotic possibility: the London mayor, Boris Johnson?

At first glance, it sounds absurd. Boris already has a job and moving to Brussels would almost certainly rule him out of domestic British politics for the rest of his career, as well as causing him to vacate his mayoral position mid-term. On the other hand, his career options outside London are diminishing â€“ unless he can manoeuvre himself back into parliament during his mayoral term, heâ€™d miss any leadership election after the next general election and by the middle of the next parliament, the 2010 generation will have come through much more prominently.

So why would he accept it even if offered? A few years ago, Johnson presented a TV documentary miniseries titled The Dream of Rome. Although it focussed on the Roman Empire, Johnson frequently contrasted it with the modern-day EU and was surprisingly favourably disposed towards the latter, at least in concept. Perhaps the romantic in him sees something of the ancient empire there; perhaps the element of the absurd that undoubtedly exists in the EU also strikes a chord; maybe he has something of a love-hate relationship with the organisation which his coverage of gave him his first big break as a young journalist.

Boris also has the happy knack of appearing an outsider while being very much Establishment. That could protect him somewhat from Eurosceptic brickbats; heâ€™s certainly not the archetypal Eurocrat. And therein also lies his opportunity. In a land of grey suits, Boris would be a huge splash of colour: itâ€™s a massive and largely uncluttered stage for him to play. It might just appeal.