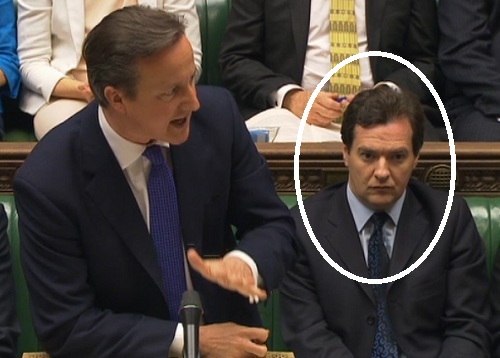 Would Dave sack his mate to remain PM?

If the Olympics were not on then the story that would be dominating the headlines would be Cameron’s decision to put party unity ahead of the coalition on Lords reform.

It’s been widely reported that Dave is going to abandon the plan following the rebellion by Tory back-benchers last month.

The question now is what next? How will Nick Clegg and the Lib Dems respond? There’ve been suggestions that Dave will try to “offer sweeteners” in terms of policy proposals to soften the blow.

It’s hard to see what the PM can do particularly as the affair has shown his inability to deliver his party on something that keeps the coalition together.

An obvious reason why the blues want the coalition to continue is the new electoral map which is reckoned to give the blues a 20 seat advantage in relation to other parties. This is central to Tory majority hopes.

The Boundary Commissioners are due to report by October 2013 when the plan will need to be approved by MPs. But that’s next year – something needs to happen quickly.

Nick Clegg is going to be under massive pressure from his party and he’ll need to have something to show by the start of his party conference in Brighton on September 22nd.

One idea is that the price for the coalition continuing and the boundary changes would be the removal of George Osborne from the Treasury. Osborne’s stock as we’ve seen in poll after poll has been in steep decline and his exit could help the blues generally.

Dave, however, showed again this week that he was totally loyal to Osborne. Maybe the next few weeks will test the extent of that loyalty?