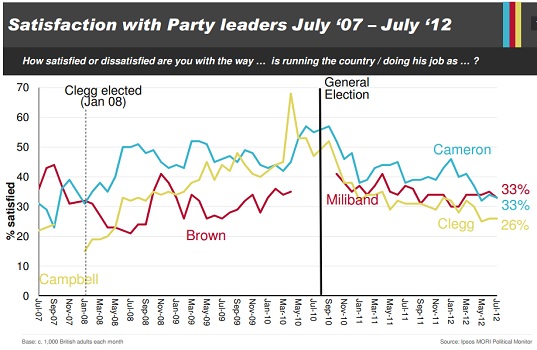 Aggregate satisfaction for all 3 drops below 100

Above is another of the MORI charts deriving from this month’s political monitor. As can be seen none of the three party leaders can take any satisfaction from the latest numbers.

There have not been many periods since MORI began polling in the 1970’s when the picture has looked so bleak for all three party leaders.

Generally if one or two leaders are doing badly then the third will be soaring.

Thatâ€™s not happening at the moment and the trend look bleak for all.