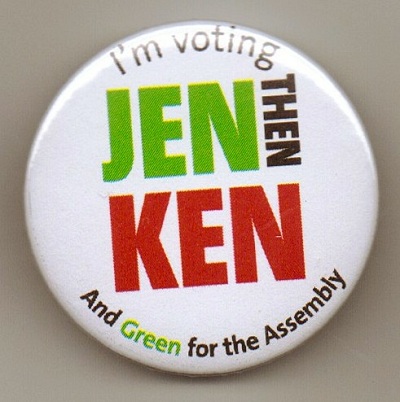 What are the electoral lessons to be learned?

The vote for London mayor is unusual in many ways, one of which is that because of the electronic counting system, all second preferences are identified and recorded. Last week, the full second preference breakdown for Mayâ€™s vote was released, and is well worth analysing.

Interestingly, most people who voted for Boris or Ken also cast a second preference despite the almost certain knowledge that their first choice would be in the second stage too.

We perhaps shouldnâ€™t take these second preferences too seriously for that reason but it does stand out that while Paddick of the Lib Dems received almost twice as many Boris second preferences as any other candidate (with the Greens marginally ahead in third of UKIP-in-disguise, Independent Benita and then Ken), Kenâ€™s backers went strongly for the Green as next best, with the Paddick, Boris and Benita trailing some way back.

Of more interest is how those who voted for the candidates knocked out in the first round cast their second preferences. Considering how close the race was, and how critical these votes were to the final outcome, itâ€™s surprising how few transferred.

Only 57% of those who voted for a minor party (which in this context includes the Lib Dems) gave their second preference to Boris or Ken. Comfortably more votes â€˜dropped outâ€™ than accounted for Borisâ€™ majority.

With so many â€˜wastedâ€™ second preferences, the obvious conclusion is that far from SV encouraging voters to cast a protest vote first and then transfer to a candidate in with a chance of winning, voters susceptible to squeeze tactics applied it on their first choice – something reinforced by the sheer scale of the combined Boris/Ken first votes.

If that’s right, it does make the analysis far more difficult and less reliable as many votes for what are actually the voterâ€™s second choice (or lower) were nonetheless cast as first preferences. In addition, we know the candidates themselves played a far greater role in determining how people voted than is the case at a general election.

Even so, we can still glean much from what we have. One thing of particular interest is how the Lib Dem vote split, which was marginally for Boris over Ken though weâ€™re talking less than a thousand votes here out of more than two million cast in total. Almost half of Lib Dems refused to transfer it to either man, with the Greens taking the lionâ€™s share of what went begging.

What can we take from all this? Probably three main points to start with. Firstly, the Lib Demsâ€™ support is no longer quite a bit closer to Labour but far more evenly split, even allowing for Borisâ€™ crossover appeal against that of Ken; Lib Dems who were Labour-light are now Labour voters to start with but the biggest second choice is â€˜neitherâ€™. Secondly, UKIP are not Tories-on-holiday. They are a good deal more Tory-inclined than Labour-leaning but when pushed are even more likely to duck out of a forced choice altogether.

Finally, and leading on from that, one of the biggest current divisions in voting intention – and one which the partiesâ€™ campaigning strategies will have to deal with – is between those who are willing to vote for parties of government and those who arenâ€™t.