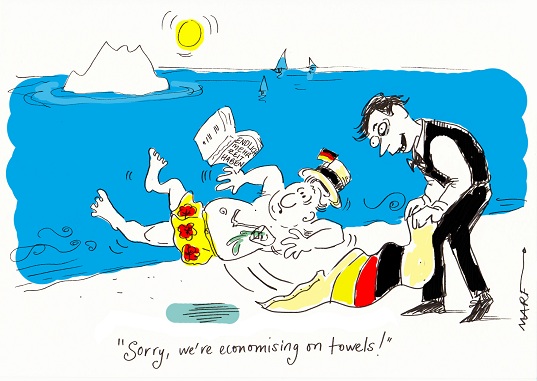 What will the elections do to the bailout settlement?

Itâ€™s unsurprising that with the Republican primaries, the French presidential election, the London mayorality and local elections in Britain all taking place within April or early May, thereâ€™s not been much coverage given to another legislative election taking place next week. Perhaps we should. Elections in that Greece have rarely carried as much import to the rest of the world as they do now.

There are two simple reasons for this, both linked to the Euro. Firstly, an uncontrolled Greek default would throw a huge amount of uncertainty back into the global financial system that is only just recovering from the last crisis.

Secondly, Greece is the weakest link in the Euro chain and a Greek parliament that refused to dance to the tune of those who would fund its borrowings would throw into doubt the entire EU project.

That these will be historic elections is in no doubt. In the eleven general elections in Greece from the 1980s onwards, PASOK and New Democracy have always won at least three-quarters of the vote between them. This time, the polls suggest they will gain just one-third. The centre-right New Democracy seems almost certain to win most votes but with less than a quarter of those cast. At the same time, as many as eight other parties – most opposed to the austerity programme – could be elected. This is a recipe for instability at best and chaos at worst.

What the ECB, EU and IMF will be looking for is whether thereâ€™s a majority in the new parliament to support the austerity programme aimed at getting Greeceâ€™s spending under control. There should be but itâ€™s entirely possible that such a majority is the result of the 50 bonus seats awarded to the party finishing first, leading to a crisis of legitimacy.

Those fifty seats (up from forty last time) are likely to make up getting on for half NDâ€™s parliamentary party. On the other side of the equation, the proliferation of oppositionist parties may result in some missing the 3% threshold necessary to be elected. Whether the government could survive even if its supporters end up with a clear majority of seats when those opposed won most votes, is highly questionable and itâ€™s almost certain that the political battle would be carried on though strikes and protests.

There is a surprisingly large number of betting markets on the Greek election, all through minor player bwin. That said, the lack of any published opinion polls in the last two weeks of the election campaign means itâ€™s tricky to pick out any obvious value bets.

The second round of the French presidential election will probably overshadow media coverage of what happens in Greece. It shouldnâ€™t. This is one of the most important elections taking place anywhere in the world this year.

An unscheduled ComRes poll for the Indy

ComRes voting intention – 34/39/10so tighter than other recent surveys