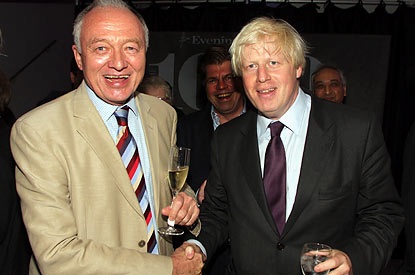 Make no mistake real elections where real results can be compared to real final polls are absolutely critical to the pollsters’ concerned. These are moments when reputations can be won and lost and can have big impacts on their commercial success.

Next Friday three pollsters will be waiting in eager anticipation for the declaration of the results in the 2012 London Mayoral election.

YouGov, the global pioneer of online political polling will be desperately keen to repeat its brilliant successes of the 2004 and 2008 elections when it got the final outcomes right to within one percent. It had a mediocre 2010 general election finishing in the bottom half of the accuracy table. A year later, last May, YouGov’s final AV poll understated the NO winning margin by more than 15% and the firm had a poor outcomes at the Holyrood elections as well.
LATEST FIRST PREFERENCE SPLIT BORIS 43% KEN 41%

ComRes, which is based in the heart of Westminster’s media centre at 4 Millbank, has been expanding rapidly but has not polled a London Mayoral election before. It came in the top half of the 2010 general election accuracy table and came reasonably close last year with the AV referendum.
LATEST FIRST PREFERENCE SPLIT BORIS 45% KEN 36%

Survation is the newbie political pollster which is building up a list of good media clients including the Telegraph for its innovative mayoral poll. Its online survey sought to present those being surveyed with replicas of the ballot papers that voters will be filling in.
LATEST FIRST PREFERENCE SPLIT BORIS 42.2% KEN 31%

So which is going to win? No doubt they will all be doing final polls but you have to take notice of YouGov’s superb record with this particular election.

Only a week to go.