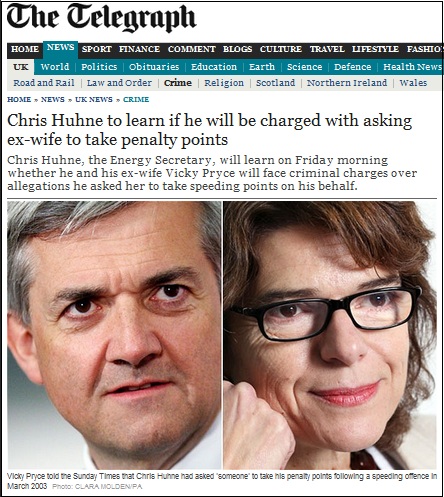 What can we read into this afternoon’s news?

In a discussion over a drink at the weekend my lawyer friend who’s had a career as a prosecutor suggested that one of the major considerations for the CPS over the Huhne case would be whether it would be possible to hold a fair trial.

This has gone on for such a long time and received a massive amount of publicity that an initial consideration would be whether it would be possible to find a jury.

The normal process is that once a charge has been made then the media are put under massive constraints not to publish anything that could be prejudicial.

So how does that fit with the DPP making a statement to camera at 10am tomorrow morning? The very process of letting it be known this afternoon that the statement will be issued tomorrow raises the ante.

Certainly the DPP will be aware that Huhne’s lawyers will be looking for anything to impede the process if a charge is made.

So I might be completely wrong but I would be put chance of a charge at no more than 40%.