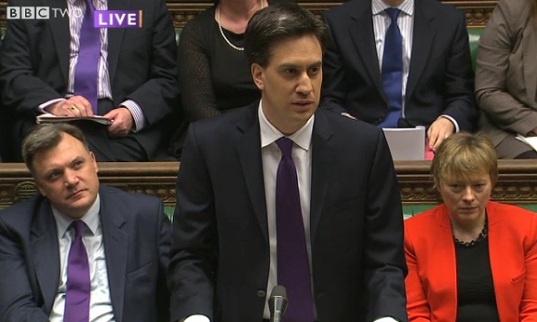 Is he getting his mojo back?

After the drubbing he’s been getting in the media and appalling personal poll figures Ed Miliband finally came back with a decent PMQ performance.

He’s cut the jokes and is working on his speaking style. At the end of one or two of his questions he lowered his voice which was quite effective. He can sometimes sound as though he is screeching. He also kept his temper down.

He had good material to play with of course. The morning’s growth figures were always going to be a poor backcloth for the PM and so it proved.

Ed’s second round of questioning on the NHS reforms was also pretty effective and he appeared to have Cameron on the back foot.

Will this matter? The answer is yes given the murmurings that are said to be going on in the party. Labour back-benchers will have been cheered.