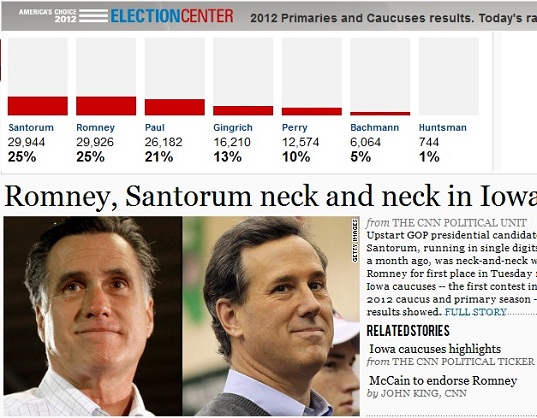 I’m off to bed without knowing yet who has won the Iowa caucuses. As I write at 6.45am there are just 18 votes separating Santorum and Romney with only 2 precincts to report. It could go either way though the big message in the media is that essentially it’s a tie.

Where does the race go from here? Rick Perry appeared to be saying that he was pulling out and it’s hard to see Michelle Bachmann staying in there.

The big moment for me, though, was the fury from Newt Gingrich about the nature of the campaign against him. How is that going to play out?

UPDATE: One precinct outstanding and Santorum’s lead is down to just four.