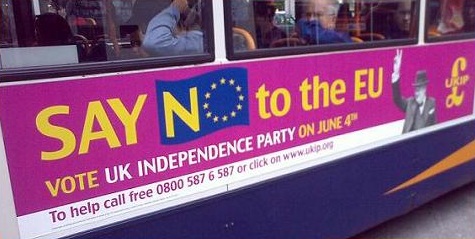 And if not, are they condemned to eternal obscurity?

The Euro-elections in 2009 were close to a perfect storm for the minor parties. The electoral system, the (un)importance of the election, the Expenses scandal engulfing the main parties and the availability of candidates to vote for meant that all did well but UKIP especially so, finishing ahead of Labour and the Lib Dems. Come the General Election 11 months later, they were back in low single figures.

The events since then have again played to the advantage of the minor parties. The entry of the Lib Dems into government removed one natural protest vote vehicle and the election of Ed Miliband as Labour leader, and the recentness of their time in government lessens the attraction of them as another. Itâ€™s perhaps unsurprising that Others are now regularly polling in the mid-teens.

Most of that increase has come from UKIP. The Greens and SNP account for a small part of the rise but UKIP is now regularly polling around double the 3% it secured in 2010 in the daily YouGov polls, a trend also picked up by other pollsters, if not to the same extent.

Some of that increase is no doubt general protest voting against the government but the issue of Europe is again high on the news agenda, even if UKIP themselves are notable by their absence. That YouGov is regularly finding about 8% of the 2010 Tory voters now lining up behind Farageâ€™s party tells its own story. Even more significantly, this is heavily concentrated in the older demographic, which has a much better record of turning out. Obviously, sub-samples need to be taken with a degree of caution but the figures are quite stable.

On the day of the vote in the Commons on the referendum, there was an article in the Evening Standard in David Cameronâ€™s name indicating his thinking about reform in the EU. In it, he said

â€œMany of us have been waiting a generation for the chance to get the best deal for Britain in Europe. Now that fundamental questions are being asked about the euro zone, I believe that the opportunity to do that is coming. Put frankly, it would not be in our national interest to act rashly and prematurely [i.e. get sidetracked by a referendum], achieve nothing and blow this chance to negotiate a better deal for our country.â€

Whatâ€™s interesting is that this wasnâ€™t just tactics aimed at reducing the backbench vote for the motion. Yesterday, I received a letter â€“ also in Cameronâ€™s name â€“ reiterating a very strong line on Europe, emphasising the referendum lock, promising no transfer of power to Brussels without the British people having their say, restating that bringing back powers from Brussels to Westminster remains Conservative policy and implying that the problems in the Eurozone will be used to that end.

Saying it is one thing; doing it another. Indeed, saying it becomes counterproductive if itâ€™s subsequently not done. Cameron is right that there will be opportunities and is also right that heâ€™ll be expected to deliver.

There are, however, a series of careful balances to be drawn. While the public is generally sympathetic to a Eurosceptic line, it would do the government (and the Conservatives in particular) no good to allow the focus on domestic policy to drift or to appear obsessive. Cameron will be anxious to retrieve the 2-3% lost to UKIP but not at the cost of shipping other votes elsewhere. He also has to manage the relations with the Lib Dems in the coalition, where Clegg was opposed to any repatriation of powers.

Then thereâ€™s UKIP themselves. They ought to be making hay with the problems in the EU but are practically invisible; their polling gains have come by the coincidence of events, not their efforts.

Unless they can actually capitalise on the favourable conditions, those votes will drift back as they did in 2009-10. They have not as yet given any indication of appearing capable of doing so nationally, despite some good by-election performances.

Thatâ€™s a major failing on Farageâ€™s part. He ought to be all over the media with the prominence of the EUâ€™s problems and UKIPâ€™s key policy of withdrawal, which is backed by a very sizable part of the electorate. He isnâ€™t. This is UKIPâ€™s moment and theyâ€™re blowing it.