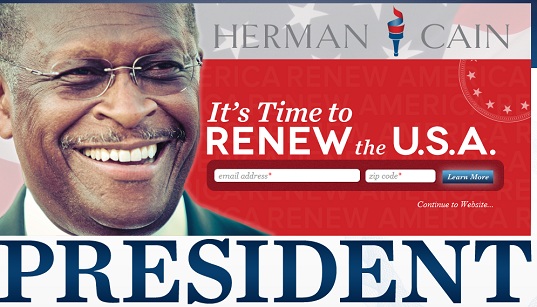 Why the mismatch with the nomination betting?

The Georgia businessman, Herman Cain, who is involved in a battle over past allegations of sexual harassment, is continuing to lead the polling of likely primary voters for the Republican party nomination for the White House.

The latest, from Rasmussen, has Cain with 26%, former Massachusetts Governor Mitt Romney on 23% and the big mover, ex-House Speaker Newt Gingrich at 14% support. No other GOP contender is in double figures.

The initial assumption was that the Cain allegations would torpedo his position as the unlikely leader in the GOP. It hasn’t and Cain has been in the lead in every poll since mid-October.

Meanwhile there’s a big mis-match between the polling and the Betfair market which rates Romney’s chances at 1/2. Perry is 7.2/1, Gingrich at 11/1 with Cain on 33/2.

My reading is that there’s a lack of conviction amongst potential primary voters about Romney or else, surely, he would be capitalising from Cain’s troubles.

For a 1/2 favourite to be getting poll ratings in the low 20s is nonsense.

I’m continuing to lay (bet against) Romney on Betfair.