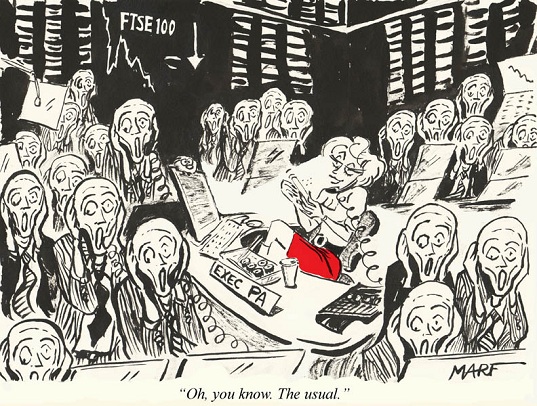 With the markets going through some turmoil and the FT index dropping sharply I thought it might be a good idea to re-run this Marf cartoon. It first appeared on PB in late 2008 and featured in her exhibition earlier in the year in the City of London where it received critical acclaim.

It was very much influenced by Edvard Munch’s famous painting, “The Scream”.