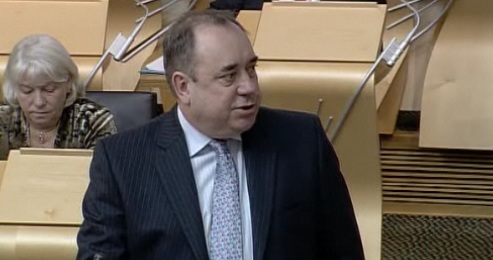 Could his stance have wider implications?

Just seven weeks after his triumphal victory in the Holyrood elections SNP leader Alex Salmond is at the centre of a row entirely of his own making which could cost him dear.

He’s refusing to back down after making comments in a magazine which are said to undermine the independence of the judiciary. He also singled out a prominent Scottish lawyer.

Last night’s main news programme on STV gives a real flavour of the row and the passions that it has aroused.

One of those he attacked, the lawyer, is planning a libel action (in London) and Salmond’s coming under fierce attack from leaders of the Scottish legal profession. There have even been voices in his own party saying he is going too far. Yesterday at Holyrood he steadfastly refused to back down.

Politically his stubberness has given an opening to his opponents and he’s made it harder for himself when, as seems likely, he has to apologise.

I just wonder whether the scale of his victory on May 5th has gone to his head and he’s not seeing things clearly. If he gets damaged by this it will provide ammunition for his opponents in the planned independence referendum.