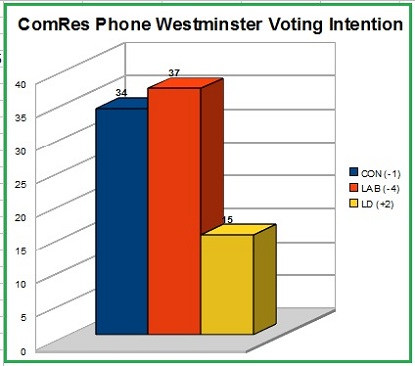 And the yellows move to their highest with ComRes for 6 months?

With just a day’s campaigning left before Thursday crucial electoral test for all the parties the Lib Dem have moved to their highest ComRes share since last October while Labour drops four points to 37%.

The change shown on the chart are with the last ComRes phone poll at the end of March. This isn’t to be confused with the firm’s online polling series.

Following on from recent Scottish polling the Labour drop nationally could cause some concerns while Nick Clegg’s party might look forward to Thursday with less pessimism.

I wonder whether the harder anti-blue rhetoric that we’ve seen from several prominent figures in recent days is having an impact. The strategy seems to be resonating.

Unfortunately for Team Yellow there’s terrible news in the AV findings. The firm is reporting a split of 66-34 in favour of NO2AV. 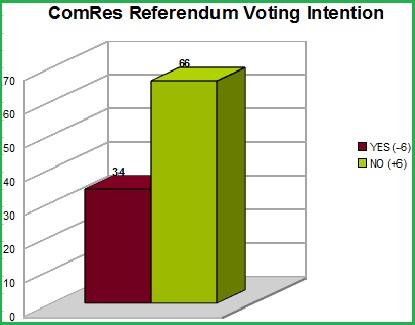 The changes are with last week’s ComRes phone poll for the Evening Standard.