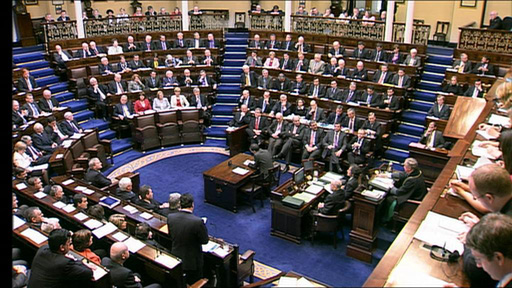 The gradual rise in Fine Gael’s polling over the past few weeks has prompted speculation that Enda Kenny’s party might try to form a government with the support of independents, rather than entering a coalition with Labour.

However, under the Irish STV system, where there are 43 constituencies which each return either 3, 4 or 5 TDs, the first-preference share of the vote is only half the story. Equally important is the effect of ‘transfer votes’, that is the second and lower preferences transferred both from candidates eliminated in early rounds of counting, and from the ‘surplus’ votes of candidates elected in the early rounds.

The data on transfer votes is more nuanced than the headline polling figures suggest. A recent Irish Times poll suggested 20% of voters would put Labour as their second preference, 12% Fine Gael, and 7% Fianna Fáil. Fine Gael and Labour voters are most likely to transfer to each other, and Labour can expect to pick up transfer votes from far-left and Sinn Féin candidates. Sinn Féin itself tends to do badly on attracting transfer votes.

This is mixed news for Fine Gael. On the one hand, individual Fianna Fáil candidates who have a strong personal vote – such as Eamonn Ó CuÃ­v, grandson of De Valera, in Galway West – should survive despite the party’s poor national figures, limiting the opportunity for Fine Gael to make as much progress as the headline figures indicate. On the other hand, lack of transfer votes will mean Fianna Fáil will struggle to convert those personal votes into winning a second seat in more than one or two constituencies, leaving Fine Gael and Labour to fight for the last one or two seats in many constituencies. But the biggest beneficiary of transfer votes looks to be Labour, which should do a bit better than the national figures indicate, especially since the party’s support is geographically concentrated. It has a good chance of picking up two seats in constituencies such as Cork North Central, Dublin Mid West, Dublin North West, and Dublin South Central.

What does this all mean for seat totals? Irish elections are notoriously hard to predict using vote-share models, which means I’ve little to lose by having a go. Althought the raw numbers suggest Fianna Fáil will be down to the low twenties or even worse, my guesstimate is not quite so drastic, perhaps something like: Fianna Fáil 29 (excluding the Ceann Comhairle, or Speaker), Fine Gael 69, Labour 40, Sinn Féin 10, Green 0, Others 17.

Whatever the final numbers, Fine Gael is clearly well placed to be by far the largest party, with both good first-preference poll ratings and a fairly strong position on transfer votes. However, a combination of residual loyalty to individual Fianna Fáil candidates, pro-Labour transfers, good Sinn Féin figures, and the likelihood of up to 20 seats going to independents and the far left, makes it likely that Enda Kenny will fall well short of winning a majority.

And even if he does have the opportunity of forming a minority or small-majority government, will he really, at a time of the deepest austerity measures since the Great Depression, want to form a government dependent on a handful of independents who can hold the government to ransom and bail out at any moment? A Fine Gael/Labour coalition remains by far the most likely outcome – provided Labour want to join to such a coalition, of course.