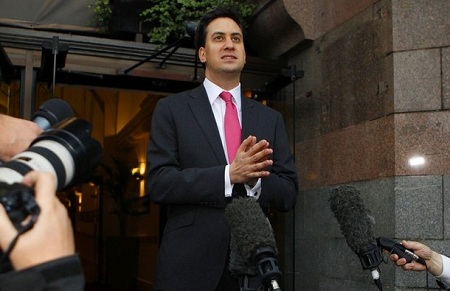 Why go to Gateshead for today’s big event?

One of the big political stories of the day has been the big speech by Ed Miliband in Gateshead at which we’ve seen a new Labour slogan (Helping families get on) and a new idea – the “British Promise“.

The latter, he said, was the notion that that every generation will do better than the last – something that is now under threat. He argued that “there is now a real and legitimate fear that the British promise will be broken and the next generation will have fewer opportunities and find it harder to get on that the last.”

Quite a neat idea if lacking in specifics.

But why oh why did Ed feel that he had to go to Tyneside to make this big speech? For the north east region is a solid Labour stronghold with the party holding 25 of the 29 seats. The other four are split between the blues and the yellows and only one can be said to be marginal.

Even this far our from the general election all the leader’s efforts, surely, should be focussed on target rich areas where there are seats that Labour will need to win back if it is to return power.

The north east just looks like a party comfort zone.