Will the old bruiser win his job back 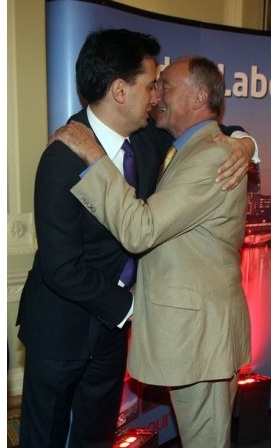 We’ve not looked at it for some time but one of the key battles next year will be for the Mayor of London. Every single elector throughout the capital can vote in what is a massive election.

Boris Johnson won the crown in 2008 at a time when the popularity of the Tories was at a height and Labour was down in the doldrums. Nearly 2,5m people voted, a turnout of 45%, with Boris having a share of 53.17% to Ken’s 46.73% once the second preferences were allocated.

Since then, of course, things have changed sharply and if the election mirrored the current national Westminster voting intention polls then Ken would be a certainty.

A victory for the red team in fifteen months time would be a huge boost to EdM as he looks forward to the general election. The question is whether it’s going to happen.

My guess is that it’s going to be a lot tighter than that. Boris’s victory three years ago came in spite of big propaganda campaign suggesting that he was a buffoon with warnings of dire consequences if he won.

Since then, of course, he’s been in charge and things have be nothing like as bad as the doomsday scenario that papers like the Guardian tried to make out.

Incumbency in these elected mayor elections seems to count for an awful lot. Ken himself won a second term in 2004 after a large number of Tories in the GLA elections held at the same time switched to him for the top job.

Could the same thing happen in reverse? Will Boris get an incumbency bonus?

So far punters seem to think so. Betfair have the Tory at 4/5.