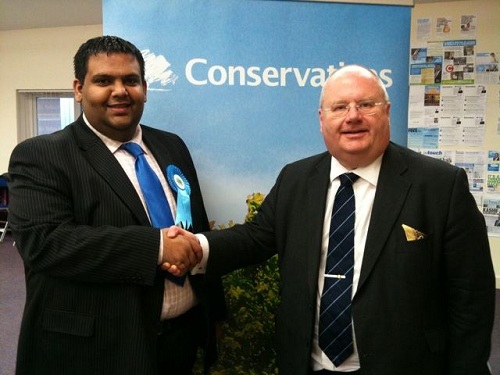 How much weight should we give to Blue>Yellow switching?

There are two factors in today’s election that could just possibly cause an upset:-

Differential turnout in each of the main party support groups. Will the red team manage to get the same proportion of its known backers to the polling stations as Team Watkins? In the past Labour has tended to come out with lower shares than by election polls suggested.

What will wavering Tory supporters do especially following the ICM and Populus surveys suggesting that their man doesn’t have a chance?

Those polls pointed to a large proportion of general election Tory backers having already decided to move when the fieldwork was carried out last week. Will this trend have been accentuated in the closing stages of the campaign as all the effort from the yellows has been on persuading them that they could hold the key to stopping Labour?

The Lib Dem and their notorious bar charts are used to putting the squeeze on the weaker party in encounters if they can get over that they are in second place. Normally that’s not based on proper polling evidence – in this case it is.

The problem is that there’s much less of a record of blue backers being ready to go yellow than there used to be with Labour supporters where the Tories were the target. Will the fact of the coalition and Cameron’s less than overwhelming support for his man in OES make a difference?

This is a very hard one to call and even if the blues are reduced to single figures it might not be enough to make a difference. For the polling gap reported at the weekend was 17% and it’s hard to see a switch on that scale.

So it’s here that turnout comes into play – how effective will Labour’s GOTV (Get Out The Vote) operation be today?

The Election Game predictions for Oldham East & Saddleworth have now been crunched. With 110 entries in, the split was Labour 95 and Lib Dem 15, while the overall average majority (ie treating a Lib Dem majority as negative) was Labour by 2,731. Detailed player-by-player predictions are available here – many thanks and good luck to those who took part.