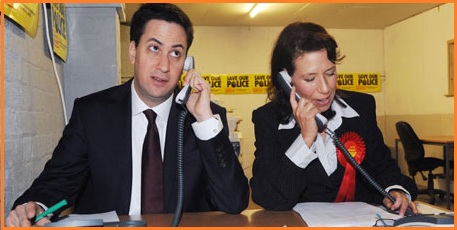 Would the smarter strategy be to talk them up?

An intriguing feature of Labour’s OES by-election campaign is that it is trying to confirm the ongoing media narrative that the Tories are not really trying.

The party’s campaign manager, Iain Wright who got into parliament after winning the 2004 Hartlepool by-election, has been saying â€œI have seen no activity from the Tories whatsoever. I think they have left it too late.”

On the face of it you’d think that the red team would be talking up the Tories in an effort to stop any tactical switching between supporters of the coalition partners. Instead they are doing the opposite.

The danger is that this will just reinforce the message to blue supporters that voting yellow is the best way of stopping Labour.

Maybe Wright has concluded that it will be easier to beat off the yellow challenge rather than contend with the blues.

Another thought is that this is all designed to fire up Labour activists to persuade them that the party might have a tough fight on its hands. For the circumstances and timing of this election mean that it will be won or lost in the ground war. If activists think that victory is a certainty then they will be less keen to brave the weather and do the grunt work.

Clearly the national poll ratings point to an easy Labour victory and Wright might be concerned about them getting complacent.