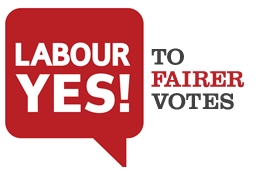 Jonathan on the impact of the Labour YES campaign?

Labourâ€™s YES campaign for the AV referendum kicked off on Wednesday with a letter in the Guardian. Around 50 figures from across the party declared that â€œfirst past the post isnâ€™t workingâ€ and that â€œitâ€™s time for changeâ€. It was a bold, unambiguous statement in favour of reform. What implications does it have for Labour, Mayâ€™s result and politics generally?

Labour has been facing a dilemma. Despite the 2010 manifesto pledge and the partyâ€™s reforming instincts, the temptation to embarrass Clegg has been hard to resist. Whilst some members retain doubts; the supporters of AV now appear to have the upper hand. Since Ed Miliband has already committed himself to campaign for change, Labour will be making a significant contribution towards a yes vote.

A positive result is more likely with Labour on board. For a campaign probably to be decided on turnout, having two party leaders is a great advantage. A shock ICM opinion poll released last week showed the yes campaign leading the race. Not long ago, a victory looked very unlikely. It now seems possible that 2010 was the last election fought under First Past the Post.

If Ed and Nick campaign together, politics will be turned upside down again. The government will be put under considerable pressure. Facing unexpected defeat, Cameron would be forced to take a more prominent role in the no campaign.

Under such circumstances, how can it be business as usual at no10? With so much scope for overheard conversations, surely the deputy prime minister will have to take a sabbatical. And whatever the outcome, the coalition will be strained.

The yes campaign also provides a chance to repair relationships between Labour and the Lib Dems. Obviously, if the campaign fails to gel, the divisions could become more polarised. But if the Nick and Ed show works, things could warm up significantly between the two parties.

After tuition fees, the AV campaign will be a relief for Cleggâ€™s party. If, while campaigning alongside Labour, Lib Dems discover they feel more comfortable and are more popular, it might be hard for them to get back into bed with the Tories.

Jonathan, a Labour activist from West Sussex, has a regular Sunday slot