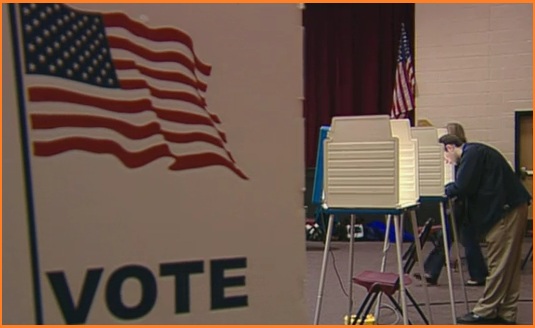 The worst analysis of the Mid-Terms came from NPR. Apparently, the electorate is the same as 2008, but a different slice turned up this time! I.e., the epochal progressive shift is intact, only the progressives failed to show.

There is a kernal of truth in this that the GOP will ignore at its peril â€“ the demographics remain against them unless they can appeal to Latinos. Aside from Rubio (who won Floridian Latinos by the same margin that he won whites â€“ 55%), the GOP still does dreadfully â€“ 65/35 â€“ even with Hispanic GOP candidates.

The NPR analyst ignored (a) that Obamaâ€™s policies were responsible for both energizing conservatives and switching off progressive-leaning independents, and (b) that the electorate (both actual and registered voters) has shifted to the right across the board: there are fewer liberals, more conservatives, and more independents who align with the GOPâ€™s fiscal responsibility and small government message.

What do the elections tell us? First, loony fringe Tea Party candidates, thankfully, donâ€™t do well in statewide elections. Second, hard-line fiscal conservatism is in, whether youâ€™re a Tea Partier or Establishment GOP.

What does this mean for the 112th Congress? Obama, in his press conference, looked like a man who knew what he had to say and do (I heard you and am contrite) but couldnâ€™t perform convincingly (but, I am right and you are confused). He knows he has to work with the GOP, but how can he, given the rightwards tilt of a party that was already too conservative for him?

Actually, it makes me optimistic. Having a Tea Party right wing strengthens Boehnerâ€™s hand to negotiate genuinely bipartisan solutions with pragmatist Democrats. Hereâ€™s a look at the menu: