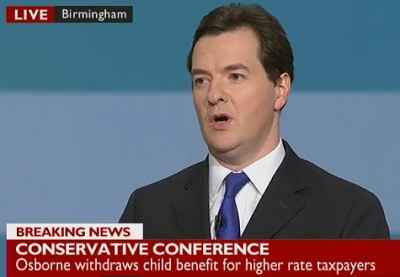 The above data is extracted from last Friday’s ICM poll for the Guardian and shows responses to the question “Who would you say you trusted more to take the right decisions on the economy to ensure a prosperous future?”

So pretty good for the coalition but is that going to last? At some stage as people start to get hurt and are they going to switch support.

For Osborne’s massive gamble is the move on child benefit which is going to hit quite a lot of people, many of them supporters of the coalition parties, very hard.

Another factor is that over recent months Labour has been focussed on its leadership contest. Once portfolios have been allocated in Ed Miliband’s shadow cabinet are we then going to see a ratcheting up of the rhetoric against the government?