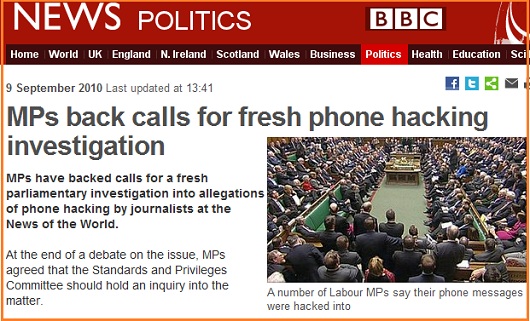 But will they be able to nail Coulson?

The hacking debate ended with an agreement by MPs without a vote that the Standards and Privileges Committee should hold an inquiry into the matter.

So at the very minimum the affair will drag on causing potential embarrassment to Downing Street. The real issue is whether this format will be provide means to “get” Coulson.

When he appeared before MPs last year the former News of the World editor escaped relatively unscathed. He performed well and did not provide the pegs that Labour members of the committee were looking for.

What Labour needs now is firm evidence to pin on the Number 10 press chief. Does that exist – who knows?

Where Coulson was helped last time round was that some of the things that were alleged were clearly exaggerated. Will the same happen again? Probably.