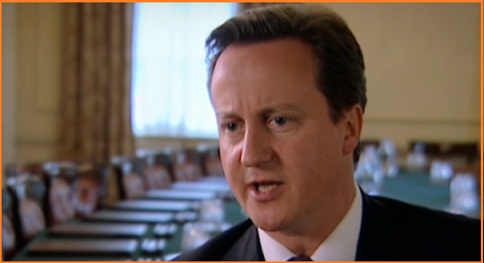 Will the free milk U-turn make next time much harder?

Last weekend, the government performed a U-turn so quickly that it may as well have spun round on the spot. Within a few hours of a junior minister being seen to propose scrapping the remaining universal free milk provision for under fives, restricting it to the neediest and saving Â£50m, Downing Street had squashed the idea.

In one sense, it was very probably the right move. Â£50m is less than 0.01% of the government spend and the impact on the deficit of its elimination would be minimal whereas the furore of the debate would far outweigh the money involved, particularly during August, a slow news month. There is of course symbolism involved in school milk and Cameron was obviously keen to avoid comparisons with the last Tory leader but four – in that sense at least.

However, there is always a danger of remembering what we remember and assuming that itâ€™s always like that. After all, free school milk was cut in three stages and almost no-one knows now who the other two ministers responsible were. Indeed, had Margaret Thatcher not gone on to become such a controversial and dominating figure in British politics, even the row she was involved in might now be thought of as a storm in a teacup, if thought of at all. Itâ€™s not as if there werenâ€™t other, more significant, issues that beset the Heath government.

Thereâ€™s even an argument that can be made, that the government should have made the cut precisely because itâ€™s where Thatcher feared to tread. It could be seen as a statement of intent, putting other, less emotive areas of spending, under a good deal more pressure.

The controversy that would ensue would also potentially drown out debate on other proposed cuts, quite possibly including much bigger ones. If that were ever to have been the plan, early August was a particularly poor time to make the announcement

But it didnâ€™t happen. The battle was over before it began and the government has drawn a line in the sand as to what itâ€™s not prepared to fight for. Opponents of the cuts programme will have taken note of that and of the ease and rapidity of the reversal. Theyâ€™ll also have noted how it was Number Ten that reacted. I wrote earlier this month about the danger to the government of lone riders within it. That danger can come just as much from the top as from further down.

In the short term, the decision to commit to further funding for milk for the under fives was the most sensible politically, especially given the timing of the leak. In the longer term though, it may have revealed two weaknesses that may be exploited by opponents: flinching in the face of opposition where the interests of vulnerable people are concerned, and a tendency to make policy on the hoof, apparently without much if any consultation. Admittedly, we donâ€™t know how fully formed the policy was when the leak took place but Cameron still short-circuited the process with his veto.

Both these aspects offer opportunities for opponents to exploit. Nearly all cuts will affect the vulnerable in one way or another, even if they donâ€™t have quite the resonance of school milk. Likewise, creating obviously divisions within the government is one of the objectives of the opposition and is far easier if policy is prone to change at short notice. With a coalition government, a prime minister has to be particularly careful on that score as the divisions already exist in that sense.

This was of course only one incident and it wouldnâ€™t be sensible to extrapolate too much from it but itâ€™s worth watching to see whether a pattern of behaviour develops, especially once parliament resumes, as they could be good pointers to the long term health of the government.