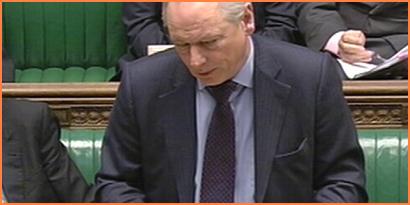 Can it be fitted into the localism agenda?

Earlier this week, Francis Maude gave a speech in which it was trailed that he may signal the end of national pay structures for the civil service. In the event, he didnâ€™t touch on it, which caused some, such as Paul Waugh, to wonder whether the government decided that it was a battle too far at the moment. Perhaps, although it might simply be that the policyâ€™s just not well enough developed.

It wouldnâ€™t make much sense to propose it right now for the fairly monolithic core civil service. The unions involved would no doubt react with hostility to the proposals which would not only weaken their own position but clearly adversely affect their members. From the governmentâ€™s point of view, the pay freeze thatâ€™s in place in most of the public sector at the moment means there might be little to gain in the short term and other, more important, reforms to prioritise.

Whether such a policy could be introduced by stealth outside the central civil service at first is another matter. Both the Conservatives and Lib Dems championed a localist agenda while in opposition.

The Conservatives have also been very keen on increasing powers and control for local delivery units: schools, hospitals, councils, police forces and the like. Wouldnâ€™t one of the biggest shifts in power be the ability for them to set their own terms and conditions of employment and pay structures?

Thereâ€™d be much to commend such a policy, which works to the detriment of local communities in rich and poor areas alike. In areas with relatively low pay, a national structure means that the best-rewarded work is in the public sector, adversely affecting private industry which is already likely to be having a harder time of it being where it is. By contrast, in the more expensive areas, the reverse situation applies and public services can have trouble recruiting. It would also significantly reduce union power.

Allowing for local pay bargaining to reflect the real local cost of living would be a radical but â€˜fairâ€™ solution. The big, unanswered question so far is how to fund it.

If itâ€™s done by central grants, the effective situation would be no different from now – as it is, employees have some say in negotiating their salary and the crucial factor is still the overall budget. (If the grants were reduced to poorer areas to account for the lower cost of living, it would look blatantly political as these areas are predominantly Labour). On the other hand, if the moneyâ€™s raised locally, how? Council Tax is a blunt instrument and as yet thereâ€™s no other mechanism at the moment. Perhaps this is the other reason why Maude didnâ€™t mention it.

Yet the argument is unlikely to go away. There are potentially big savings to be made and there are both positive and negative political reasons for the government to promote it (the positive ones are about fairness and flexibility, the negative ones are that it makes all these issues someone elseâ€™s responsibility – though encouraging them to take that responsibility is no bad thing). With most government departments looking to make big cuts, donâ€™t expect this weekâ€™s false start to be the last youâ€™ll hear of the idea.