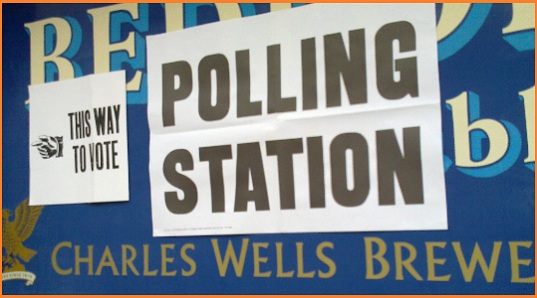 Did this prevent a Tory majority?

It has long been the case that in American elections, incumbency has been an important factor. Until fairly recently, that was not considered to be the case in British elections. While it was acknowledged that Liberal Democrats could build up sizeable personal followings, the general view was that it was a very minor factor in the far more numerous Conservative/Labour contests.

This view must now be challenged, judging by the results from May 6th. Overall, in seats where Labour had a majority of 14% or less, in 2005 (the seats that the Conservatives had to win to achieve a majority) the swing from Labour to Conservative was 6%, 1% higher than the national average.

This may not appear to be a huge difference, but it matters enormously in marginal seats. To put it into context, had Labour kept the swing down to 5.3% in all of these marginals, they would have lost net 9 seats fewer to the Conservatives, almost certainly sufficient to have made a coalition with the Liberal Democrats a distinct possibility. Had the swing been 7.3% across the board, then the Conservatives would have won an outright majority.

As has been the case for some time, there was a substantial difference in the outcome where Liberal Democrat incumbents were defending seats, and where they stepped down.

Admittedly, this average conceals some huge variations in individual seats. Tim Farron, in Westmoreland & Lonsdale, enjoyed a swing of 12% in his favour; Lembit Opik in Montgomeryshire, suffered a swing against him of 13%.

Clearly, there is also a reverse incumbency effect. Many MPâ€™s who had been heavily criticised, such as Lembit Opik, Jacqui Smith, Tony McNulty, Ann Keen, and David Heathcote-Amory, performed significantly worse than their parties did in their region. Equally, MPâ€™s such as Kelvin Hopkins, Nick Palmer, Vernon Coker, Sara Teather, Grant Shapps, and Justine Greening, who were seen as effective, strongly outperformed their parties.

This must surely be a healthy development. MPâ€™s who work well for their constituents ought to get an electoral reward. MPâ€™s who donâ€™t, should not expect to be automatically re-elected.